Study Claims That Parents Expose Their Kids to Gender Stereotypes 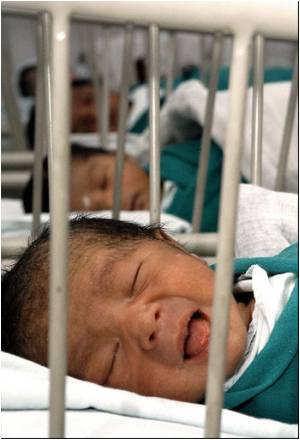 Interactions between parents and children, especially during playtime affect their perception of gender-specific behaviours, a new study has indicated.

Eric Lindsey from Penn State Berks in the US, and his colleagues found that that the quality of verbal interactions between parents and their toddlers was dependent on the context. But the differences between boys' and girls' verbal communication behaviours were minimal.


More importantly, mothers' and fathers' behaviours differed more in the play context than in the snack context. During play, fathers were more assertive whereas mothers displayed more facilitative and cooperative. But behaviours in the care giving situation their behaviours were much more similar.

Gender Equality In the Context Of Marital Namechange

A survey has revealed that 71 per cent of Americans think that it is better for women to change their surname upon marriage, while only 29 percent disagree.
Advertisement
The authors suggest that children may pick up on these different behaviors and associate them with gender roles in the family i.e. males are more assertive whereas females are more compliant and flexible.

They conclude, "It would appear that children in the same family have different experiences in their play interactions with their mothers and fathers. Such differences may teach children indirect lessons about gender roles and reinforced gender typed patterns of behavior that they then carry into contexts outside of the family."

Their findings are published online in Springer's journal Sex Roles.

The vibrant economic transformation in recent decades in Asia and the Pacific regions, though a case of pride, has not translated into progress on gender equality.
Advertisement
Advertisement
This site uses cookies to deliver our services.By using our site, you acknowledge that you have read and understand our Cookie Policy, Privacy Policy, and our Terms of Use  Ok, Got it. Close
×