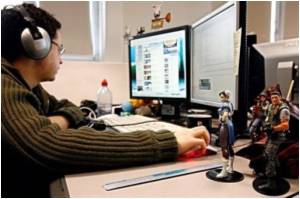 Playing video games for long periods may increase your stress levels and lead to anxiety and depression compared to those who play moderately.


Loton also revealed that excessive gamers had a different coping style compared to moderate gamers. "Excessive gamers displayed higher avoidance coping and lower approach coping styles compared to balanced gamers. This may be reflective of video games being used as a coping mechanism to relax and as a distraction from difficulties", he said.

Post-Nasal Drip Sanatogen Noscaphene (Noscapine) The Essence of Yoga Blood Pressure Calculator Color Blindness Calculator Sinopril (2mg) (Lacidipine) A-Z Drug Brands in India Indian Medical Journals Hearing Loss Calculator
This site uses cookies to deliver our services. By using our site, you acknowledge that you have read and understand our Cookie Policy, Privacy Policy, and our Terms of Use