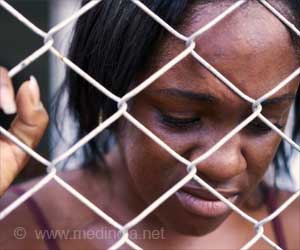 Physical 'wear and tear' experienced by African-American women during the first year after childbirth is more compared to Latina and white women. The stress may have long-lasting health effects, reveals a study of a diverse group of more than 2,400 low-income women.

The study in American Journal of Perinatology involved women of diverse racial and ethnic backgrounds who were interviewed and evaluated at five different clinical sites in the United States.

Advertisement
‘Persistent stress in new mothers increases the risk of chronic diseases in their lifetime.’

In addition to insight into health risks facing new mothers, researchers united by the Eunice Kennedy Shriver National Institute of Child Health and Human Development's Community Child Health Network found evidence that women who breastfeed their babies may receive some protection from the health damage caused by physical stress of pregnancy and giving birth.


"All mothers are affected by stress, but low-income women and especially African-American and Hispanic women have more adverse health-risk profiles during their children's first years of life," said Sharon Landesman Ramey, a professor and distinguished research scholar at the Fralin Biomedical Research Institute at VTC and an author of the paper. "Our study was designed to look for biomarkers that are sensitive to psychological and physical stressors, and in turn determine whether those stressors contribute to poor outcomes for mothers and children."
Advertisement
Working groups of clinicians guided by scientists and community members recorded blood pressures, heart rates, cholesterol profiles, body mass indexes, waist-hip ratios, and other biomarkers in women six months and one year after they had given birth. In addition, women were assessed before they gave birth, some even before they became pregnant.

The readings were used to create a composite measurement of "allostatic load," which represents the cumulative physical and psychological strain on their bodies after delivery. The study may be the first to examine a large group of women at intervals over the course of a year using demographic, biometric, and biomarker measures.

Readings were taken to look at the post-delivery effects of pregnancy on mothers' cardiometabolic risks in partnership with groups at five clinical sites in the U.S., including medical centers in Chicago, Baltimore, Los Angeles, Washington, D.C., and North Carolina.

More than one half of the women in the study were classified as overweight or obese prior to becoming pregnant.

"We thoroughly looked at the effects of stress alongside levels of poverty and minority status to understand poor health outcomes for moms and children," said Madeleine Shalowitz, a Research Professor of Pediatrics at the Pritzker School of Medicine at the University of Chicago, Program Director of Outcomes Research at NorthShore University HealthSystem Research Institute, and a co-investigator in the study. "Filling this knowledge gap could lead to health interventions to lower the risk of chronic disease for mothers, many of whom are planning to have more children. As many of these women will become pregnant again, improving their health will lead to a healthier next pregnancy."

During pregnancy, dramatic changes occur in a woman's immune and cardiovascular systems to support the developing fetus.

In healthy women, maternal physiology gradually returns to normal within a year after delivery, but a persistently elevated allostatic load increases a woman's risk for chronic diseases across a lifetime.

The researchers said the results of the study are important for improving health and also to address interventions for disadvantaged groups.

As for why breastfeeding was shown to provide some health benefits 12 months postpartum, the study said it could be a cumulative effect reflecting longer durations of breastfeeding compounded by a better socioeconomic status for women who can afford to breastfeed for longer periods.

A large research network in the National Institutes of Health united with community members to execute the research.

"This study was extraordinary because it included community members as full partners at all of the clinical sites, working alongside health-care providers and scientists to determine how stress is affecting mothers and the next generation of babies," Landesman Ramey said. "The hope is that when people realize health-care providers, citizen activists, and neighbors approved the work and contributed to it, they will have more confidence in the information and it will be shared in a good way, to improve health outcomes."

Postpartum Hemorrhage
Excessive hemorrhage after delivering a baby can be an emergency, leading to shock and even death .....

Maternal Death
Maternal mortality or maternal death refers to the death of a woman occurring during her pregnancy ....

Postpartum Thyroiditis
Postpartum thyroiditis is an autoimmune thyroid disorder where the levels of thyroid hormone are ......