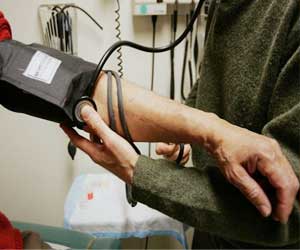 Researchers activated heart failure patients' stem cells with gene therapy to improve their symptoms, heart function and quality of life, in the first human study of its kind.

This is according to a study in the American Heart Association journal Circulation Research. Researchers delivered a gene that encodes a factor called SDF-1 to activate stem cells like a "homing" signal. The study is unique because researchers introduced the "homing" factor to draw stem cells to the site of injury and enhance the body's stem cell-based repair process.

Generally, researchers extract and expand the number of cells, then deliver them back to the subject. "We believe stem cells are always trying to repair tissue, but they don't do it well  not because we lack stem cells but, rather, the signals that regulate our stem cells are impaired," said Marc S. Penn, M.D., Ph.D., Director of Research at Summa Cardiovascular Institute in Akron, Ohio, and lead author and professor of medicine at Northeast Ohio Medical University in Rootstown, Ohio. SDF-1 is a naturally occurring protein, secreted by cells, that guides the movement of other cells. Previous research by Penn and colleagues has shown SDF-1 activates and recruits the body's stem cells, allowing them to heal damaged tissue.


However, the effect may be short-lived. For example, SDF-1 that's naturally expressed after a heart attack lasts only a week. In the study, researchers attempted to re-establish and extend the time that SDF-1 could stimulate patients' stem cells. Study participants' average age was 66 years. Researchers injected one of three doses of the SDF-1 gene (5mg, 15mg or 30mg) into the hearts of 17 patients with symptomatic heart failure and monitored them for up to a year. Four months after treatment, they found:"We found 50 percent of patients receiving the two highest doses still had positive effects one year after treatment with their heart failure classification improving by at least one level," Penn said. "They still had evidence of damage, but they functioned better and were feeling better."
Advertisement
The findings indicate people's stem cells have the potential to induce healing without having to be taken out of the body, Penn said. "Our study also shows gene therapy has the potential to help people heal their own hearts."At the start of the study, participants didn't have significant reversible heart damage, but lacked blood flow in the areas bordering their damaged heart tissue. The study's results  consistent with other animal and laboratory studies of SDF-1  suggest that SDF-1 gene injections can increase blood flow around an area of damaged tissue, which has been deemed irreversible by other testing. Researchers are now comparing results from heart failure patients receiving SDF-1 with patients who aren't. If the trial goes well, the therapy could be widely available to heart failure patients within four to five years, Penn said.