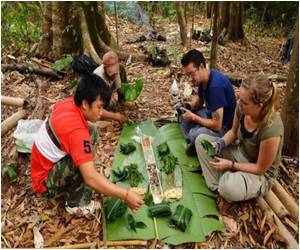 The Namib desert is one of a number of remote "Dark Sky Reserves" drawing in stargazers for a celestial safari.

In the cool night air, an urbane Austrian tourist climbs rocky steps behind a chic hotel lodge and peers into a matt-black metal cylinder containing a spine of mirrors and lenses that reveal the universe.

Egyptian officials said on Sunday, that the courtyard in front of sphinx, which has been under renovation for four years, will soon be open to tourists.
Advertisement

"My mum wanted to set him on fire yesterday when he said, 'We are looking ten million years in the past!'" he joked, pointing at the resident astronomer.


Not everyone is ready to face the enormity of the universe laid out so starkly by powerful magnification and the crisp desert sky.

But across the starkly beautiful Namib, hotels and lodges are betting that the stars will lead to more business rather than a spike in Galileo-esque witch hunts.

Men and women dig holes for tourists who want to bury themselves in the sand at Erg Chebbi in the Sahara.
Advertisement
Many lodges have bought research-grade or "prosumer" telescopes and hired live-in astronomers as they try to lure tourists who want to gaze deeper into space and time.

According to consultancy Euromonitor, astro-tourism holidays are growing in line with increased urbanisation, with Africa in particular "taking off".

"Most people come here for the other activities, visiting the dunes or the nature reserve where you see all the wildlife. This is kind of a bonus," said Misha Vickas, formerly a guide at a public observatory in Sydney, but now resident at the AndBeyond Sossusvlei Desert Lodge.

Vickas operates a "go-to" telescope, a device which, once calibrated, pivots on demand to any star or planet with little more than a mechanical hum and whir.

Not that a telescope is really needed in the Namib.

Across as much as 50 percent of the Earth the starry firmament is obscured by an orange glow of man-made light pollution.

During the day, the Namib's sea of copper red and ecru yellow dunes and mountains glow blindingly, befitting the world's oldest desert.

But in the inky night sky, the Milky Way seems much closer than Windhoek, a half day's drive away across dirt track and sun-rippled single-lane carriageway.

Mars's red glow, Magellanic clouds -- dwarf galaxies outside our own -- and assorted gaseous nebulae are all visible with the naked eye.

"The sky is particularly good to look at here, because the Milky Way, which is the main part of our galaxy, is usually very high overhead," meaning light refraction is at a minimum, Vickas said.

In 2012, a sliver of the central Namib the size of Mauritius -- the NamibRand -- was named Africa's first "Dark Sky Reserve," in recognition of the sky's special allure here.

A handful of similar sites exist across the world, including Aoraki Mackenzie on New Zealand's South Island and the Iveragh Peninsula on Ireland's southwest coast.

"The darkest places are almost inevitably distant from populated places," said John Barentine of the Arizona-based International Dark-Sky Association, which awards the designation.

"The glow of cities can often be seen several hundred kilometres away under good conditions."

To rank sky quality, scientists use measurements like the Bortle scale.

An inner city is level nine, meaning you can see very little. Bright constellations like Orion may be faint or even invisible.

At the other end of the scale, in a first-class sky like the Namib, Venus and Jupiter shine bright, a white swathe of zodiacal light smears the sky.

Like parts of Chile, the Namib's good weather and ultra-dry atmosphere make for clear nights and particularly transparent air all the way to the horizon.

"A visitor to NamibRand has a statistically high probability of experiencing that exceptionally dark sky on any given night," Barentine said.

Namibia has just over two million people spread over an area roughly the size of Pakistan or Nigeria, making it one of the most sparsely populated countries in the world.

"NamibRand is located in one of the darkest accessible places that remain on Earth," said Barentine.

"It is as close as you get to the way the world was long ago, before the invention and proliferation of artificial lights."

That may be the only thing this remote region is close to -- thankfully for stargazing tourists.

Tourists Turned Off Due to Alcohol Ban in Kerala

John Packer, a British tourist flew out to the tropical beaches of Kerala for a leisurely six-month break, but news of an imminent alcohol ban across the southern Indian state has made him rethink his destination.
Advertisement
Advertisement