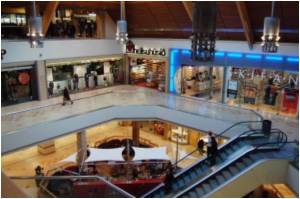 It was indeed an eventful day in the life of 66-year-old, Helen Dunsford when her rather customary visit to her bank, The Bank of America in Oakland Park, turned unforgettable.

While she was at the bank, she suddenly saw another woman threatening other customers that she would shoot if all in the bank did not get on the ground.

The next time you feel anxious or scared don't run to mom or pal for help, for your brain is more than enough to control the sense of fear, says a new study, which has found specials
Advertisement

Scared as hell, the other customers began crumbling like a pack of cards to avert any threat to their lives. Dunsford did something different, she quickly grasped the suspect, Renee Breen, and held on to her tight till the authorities came in.


"She got on my last nerve," Dunsford said. "I have cancer, stage 4, and I figured if I'm gonna die it's God will when I die. She's not gonna shoot me."

After being taken into custody Breen told deputies that all she intended to do was play an April Fool's prank. Whether the authorities believed it or not, customers at the bank were grateful to Dunsford who risked her life in order to save theirs.