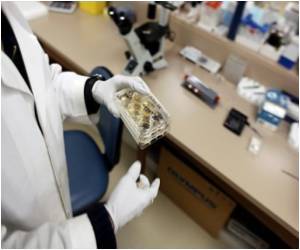 Researchers at the University of California, San Diego School of Medicine, the Gladstone Institutes in San Francisco and colleagues report a game-changing advance in stem cell science in a paper published in the April 25 early online edition of the Proceedings of the National Academy of Sciences.

This advance is the creation of long-term, self-renewing, primitive neural precursor cells from human embryonic stem cells (hESCs) that can be directed to become many types of neuron without increased risk of tumor formation.

"It''s a big step forward," said Kang Zhang, MD, PhD, professor of ophthalmology and human genetics at Shiley Eye Center and director of the Institute for Genomic Medicine, both at UC San Diego. "It means we can generate stable, renewable neural stem cells or downstream products quickly, in great quantities and in a clinical grade - millions in less than a week - that can be used for clinical trials and, eventually, for clinical treatments. Until now, that has not been possible."


Human embryonic stem cells hold great promise in regenerative medicine due to their ability to become any kind of cell needed to repair and restore damaged tissues. But the potential of hESCs has been constrained by a number of practical problems, not least among them the difficulty of growing sufficient quantities of stable, usable cells and the risk that some of these cells might form tumors.

"And because it doesn''t use any gene transfer technologies or exogenous cell products, there''s minimal risk of introducing mutations or outside contamination," Zhang said. Assays of these neural precursor cells found no evidence of tumor formation when introduced into laboratory mice.

By adding other chemicals, the scientists are able to then direct the precursor cells to differentiate into different types of mature neurons, "which means you can explore potential clinical applications for a wide range of neurodegenerative diseases," said Zhang. "You can generate neurons for specific conditions like amyotrophic lateral sclerosis (ALS or Lou Gehrig''s disease), Parkinson''s disease or, in the case of my particular research area, eye-specific neurons that are lost in macular degeneration, retinitis pigmentosa or glaucoma."

The new process promises to have broad applications in stem cell research. The same method can be used to push induce pluripotent stem cells (stem cells artificially derived from adult, differentiated mature cells) to become neural stem cells, Zhang said. "And in principle, by altering the combination of small molecules, you may be able to create other types of stem cells capable of becoming heart, pancreas, or muscle cells, to name a few."

The next step, according to Zhang, is to use these stem cells to treat different types of neurodegenerative diseases, such as macular degeneration or glaucoma in animal models.

Stem cell therapy or regenerative medicine uses undifferentiated cells for the treatment of conditions like ...