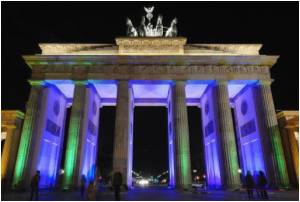 After winning the court battle against US treasure hunters, the Spanish government displayed thousands of gold and silver coins, found in a 19th-century shipwreck, in a Spanish museum on Thursday.

The cargo from the Nuestra Senora de las Mercedes warship came to Spain in 2012 after a five-year legal battle with Odyssey, the US company that hauled it up two centuries after it sank.

Officials on Thursday inaugurated a new exhibition at the Museum of Subaquatic Archaeology in the southeastern Spanish city of Cartagena.

"It is an extraordinary collection," said Spain's junior culture minister Jose Maria Lasalle at the inauguration.
Advertisement
"These cultural assets are the heritage of everyone, not the privilege of a few."

British warships sank the Spanish naval vessel in 1804 off the coast of Portugal as it returned from Peru, part of the Spanish empire at the time.

Spanish authorities said at the time that the trove was worth at least 350 million euros ($476 million) overall.

The museum said in a statement that another 30,000 of the coins would later go on display at Madrid's National Archaeological Museum and a further lot in the Madrid Naval Museum.

Against conflicting claims by Odyssey, Peru and descendants of the treasure's original owners, a judge in Florida ruled in March 2012 that the trove belonged to Spain.

The US Supreme Court turned down a final appeal by Odyssey in May 2012.

"The recovery of the goods plundered from the archaeological site is an unprecedented international success in the fight to conserve underwater cultural heritage and the fight against illegal trafficking," Lasalle said.

Source: AFP
Advertisement
<< New Vaccine Found to be 86 Percent Effective Against Choler...
Fibromyalgia Patients can Get Some Relief Through Whole-Bod... >>

Former Director of WWII Museum Accused of Using Funds to Hoard World War II Memorabilia
The former director of a WWII museum in northern France is facing charges of fraud....

Auschwitz Museum Launches Online Holocaust Awareness in Arabic and Farsi
At the site of the former Nazi German death camp in southern Poland, the Auschwitz museum said that ...