Soon, Your 'Smart' Clothes Will Come With Ears and Mouths 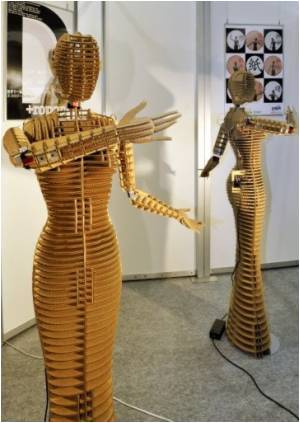 MIT researchers have developed fibres that can not just detect sound, but produce it too.

Shunji Egusa, a former postdoc in Fink's lab, and current lab members Noémie Chocat and Zheng Wang developed the fibre in the lab with a plastic commonly used in microphones.


"If you connected them to a power supply and applied a sinusoidal current" - an alternating current whose period is very regular - "then it would vibrate.


And if you make it vibrate at audible frequencies and put it close to your ear, you could actually hear different notes or sounds coming out of it," says Chocat.

In addition to wearable microphones and biological sensors, applications of the fibres could include loose nets that monitor the flow of water in the ocean and large-area sonar imaging systems with much higher resolutions: A fabric woven from acoustic fibres would provide the equivalent of millions of tiny acoustic sensors.

Other applications could include clothes that are themselves sensitive microphones, for capturing speech or monitoring bodily functions, and tiny filaments that could measure blood flow in capillaries or pressure in the brain.

The article appeared on Nature Materials' website on July 11. 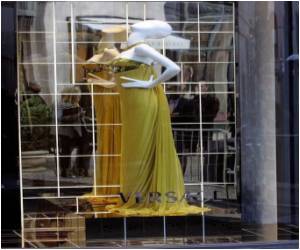 Be Your Own Doctor
University of Florida and IBM researchers have come out with a device that could well ease the burden off doctors, or at least, some of it.
READ MORE

Getting the Right Hearing Aid for Adults
Hearing aid fitting is done by a qualified audiologist after measuring various parameters and extent of hearing loss. It is a process unique to every individual with hearing loss, and also involves counseling about getting adjusted to the hearing aid.
READ MORE

Otosclerosis
Otosclerosis is an abnormal remodeling of bone near the middle ear that can cause hearing impairment. Otosclerosis usually affects the stapes bone, which rests its footplate exactly on the oval shaped membrane that covers the inner ear.
READ MORE