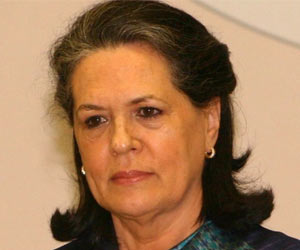 Gandhi said the Congress-led government in the capital was committed to the welfare of the common man and this health insurance scheme would benefit the poor, especially rural women and children. The RGJAY plans to provide free and superior critical medical care in both government and private hospitals to people below the poverty line and above poverty line, with an annual family income of around Rs.100, 000.

Many people worry about getting health insurance plans for pre-existing conditions and they believe that if they are suffering from a medical condition, they will simply be denied insurance coverage.
Advertisement

The government of Maharashtra had launched the project on a pilot basis in July 2012 in eight of the state's 35 districts, covering over five million families. A sum of Rs. 333 is paid by the government as premium for each family which provides a cover of Rs.150, 000. The scheme provides for 972 surgeries, therapies and procedures and follows up care. In the next few years RGJAY intends to cover more than two crore of the state's 12 crore population in the next few years and increase the numbers later.


Along with free treatment, patients will be given post-medical care, medicines and return journey expenses from their place of residence to hospitals. Gandhi said that hereafter; poor women especially in rural areas would not have to hide their illnesses to avoid burdening their husbands with medical bills and treatment expenses. Chief Minister Prithviraj Chavan, Union Minister and Nationalist Congress Party leader Praful Patel, state Congress president Manikrao Thakre and Health Minister Suresh Shetty were present at the rally.

This Quiz is to test your knowledge on health insurance in the U.S, there is so much activity with the new law and building of Health Exchanges - all peaking for a January 2014 deadline.
Advertisement
The first 78 beneficiaries were present and Gandhi met and spoke to them at the venue. She urged all poor people to take full advantage of the RGJAY as medical expenses are now beyond the reach of the common people. Gandhi also respected the state government's proposed "Jeevan Amrut" scheme under which needy people could order for blood during medical emergencies by calling a toll-free number.

With a health insurance policy you and your family can rest assured!
Advertisement
<< Doctors are Worried About Pay Scales Changing Under the Hea...
Simple Test to Predict Whether Men can Become Dads Through ... >>