Sniff of Death: Scented Candles Contain Toxins for You 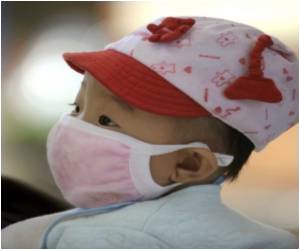 Indoor air quality experts in US have said that scented candles and air fresheners which make our homes smell nice, could contain hundreds of chemicals that are harmful to us.

According to experts at the Oregon Environmental Council, some of those chemicals could have a wide-range of health effects.

NOAA researchers discovered an important new mechanism by which air pollution particles form, which could change the way urban air quality is understood and predicted.
Advertisement

An example is Portland resident Ashley Henry, who developed asthma last spring, and became hypersensitive to fragrances and other chemicals in her home.


"I was a big fan of scented candles, but I had to eliminate use of those," KATU quoted her as saying.

"It was a burning sensation," she said.

Check Out Air Quality and Pollution With Latest IPhone App

A new smartphone application can now allow users to keep a tab on the air quality and see the level of pollutants around them.
Advertisement
According to Jen Coleman at the Oregon Environmental Council, so-called "indoor air pollution" can cause a range of problems.

"Sometimes it can just be a matter of a little bit of a cough and itchy eyes and you don't know why. That can be an air quality problem," Coleman said.

If smells linger in your house, Coleman recommends you avoid masking the smells with fragrance. Instead, try to increase circulation in your home.

Many candles and scented products also contain chemicals that companies aren't required to disclose on the label, and some labels simply list "fragrance" as an ingredient without giving any specifics.

Coleman said there can be hundreds of chemicals that go into scented candles that consumers don't know about.

The Environmental Protection Agency reported there is evidence that phthalates cause birth defects and reproductive problems.

The running times of women in marathons is compromised if the quality of air is poor, but the same doesn't hold true for men, says a new study.
Advertisement

The oxygen you inhale while up in the air may be better than what you're breathing in at work, says an expert.
Advertisement

Botox injections, the fastest growing cosmetic procedures, are considered as the ultimate fountain of eternal ...

Botulism is a rare but potentially lethal illness caused by botulinum neurotoxin released by the bacterium ...

A detox diet helps remove harmful toxins from the body and can be followed for a day or a week. Detox diet ...

Pheromones are the wonder chemicals that are known to significantly influence the love chemistry and sexual ...