Smartphone App-Based Study Reveals How the World is Sleeping

Sleep is more important than a lot of people realise. Women in the age group 30-60 worldwide are sleeping more than men - about 30 minutes more on average - while middle-aged men are getting the least sleep, often getting less than the recommended seven-eight hours, a smartphone app-based study spanning 100 countries has revealed.

People who spend some time in the sunlight each day tend to go to bed earlier and get more sleep than those who spend most of their time in indoor light, the team from University of Michigan (UM) found. The pioneering study of worldwide sleep patterns combined math modelling, mobile apps and big data to find the roles society and biology each play in setting sleep schedules.


The team used a free smartphone app that reduces jetlag to gather robust sleep data from thousands of people in 100 nations. Among their findings is that cultural pressures can override natural circadian rhythms, with the effects showing up most markedly at bedtime. While morning responsibilities like work, kids and school play a role in wake-time, the researchers say these are not the only factor.


‘Sleep is more important than a lot of people realise. Even if you get six hours a night, you're still building up a sleep debt. Every half hour of sleep makes a big difference in terms of cognitive function and long-term health.’


"Across the board, it appears that society governs bedtime and one's internal clock governs wake time, and a later bedtime is linked to a loss of sleep," said Daniel Forger from U-M's college of literature, science and the arts. "At the same time, we found a strong wake-time effect from users' biological clocks -- not just their alarm clocks. These findings help to quantify the tug-of-war between solar and social timekeeping," he added in a paper published in the journal Science Advances.

"Sleep is more important than a lot of people realise. Even if you get six hours a night, you're still building up a sleep debt," noted Olivia Walch, doctoral student in the mathematics department. Internal or biological clocks are circadian rhythms -- fluctuations in bodily functions and behaviours that are tied to the planet's 24-hour day. These rhythms are set by a grain-of-rice-sized cluster of 20,000 neurons behind the eyes and are regulated by the amount of light, particularly sunlight, our eyes take in.

Some years ago, the team released an app called "Entrain" that helps travellers adjust to new time zones. With information from thousands of people from 100 nations in hand, the team analysed it for patterns. The spread of national averages of sleep duration ranged from a minimum of around seven hours, 24 minutes of sleep for residents of Singapore and Japan to a maximum of eight hours, 12 minutes for those in the Netherlands.

That's not a huge window but the researchers say every half hour of sleep makes a big difference in terms of cognitive function and long-term health. "It doesn't take that many days of not getting enough sleep before you're functionally drunk," Walch noted, adding that the researchers have figured out that being overly tired can have that effect. What is terrifying at the same time is that people think they are performing tasks way better than they are despite less sleep. "Your performance drops off but your perception of your performance doesn't," the authors emphasised. 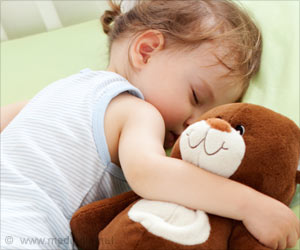 Children With ADHD Have Sleep Difficulties
Nearly 70% of parents of children with ADHD report that the children have difficulty falling asleep and that they spend a long time putting them to bed.
READ MORE

Traumatic Brain Injury Increases Risk for Sleep Disorders
Every year in the United States, 1.7 million people experience a TBI and there is evidence that the rate of TBI is rising worldwide.
READ MORE

Sleep Loss Partially Responsible for Elevated Risk Of Illness
The genes which participate in the regulation of cholesterol transport are less active in persons suffering from sleep loss than with those getting sufficient sleep.
READ MORE

Impact of Sleep Deprivation on Cholesterol Metabolism
Sleep loss has been found to impact the activation of the immune system, inflammation, carbohydrate metabolism and the hormones that regulate appetite.
READ MORE