Sleep Deprivation may Cause Severe Migraine 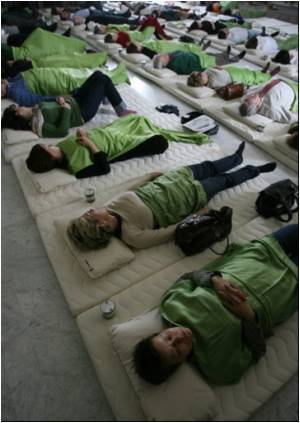 Sleep deprivation can trigger alterations in the levels of key proteins and can be involved in the underlying pathology of migraine, a recent insight has revealed.

Paul L. Dunham and his team at Missouri State University's Center for Biomedical and Life Sciences sought to understand the mechanisms by which sleep disturbance increases the risk of migraine and may even trigger migraine.

The physical, emotional and hormonal changes that occur in women during puberty, menstrual cycle, pregnancy, and menopause can cause Sleep Disturbances
Advertisement

"Previous clinical data support a relationship between sleep quality and migraine, so we used an established model of sleep deprivation to measure levels of proteins that lower the activation threshold of peripheral and central nerves involved in pain transmission during migraine," said Dr. Durham.


"We found that REM sleep deprivation caused increased expression of the proteins p38, PKA, and P2X3, which are known to play an important role in initiating and sustaining chronic pain," Dr. Durham added.

The study has been reported at the American Headache Society's 52nd Annual Scientific Meeting in Los Angeles this week.

Sleepwalking or "Somnambulism," is a type of parasomnia and has medico-legal implications
Advertisement
Advertisement

Migraine is a chronic disorder characterized by headache, nausea, vomiting or sensitivity to light and ...

Obstructive sleep apnea should be suspected in overweight middle aged adults who snore loudly and which can ...