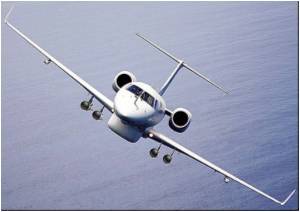 Progress in electroencephalographic (EEG) brain-wave detection technology, might before long help monitor a pilot's state of mind while at the controls, say researchers.

With miniature EEG scanners fixed in the helmet, military commanders will be able to spot if a pilot is not responding to a warning light and take over the plane if they are about to crash.

The advanced sensors, which can 'read' electrical activity in the brain - could also give a signal if a pilot has gone unconscious and allow base control to step in.


The development could be achieved thanks to a breakthrough in EEG brain monitoring technology.

Till now the method involved test subjects wearing a heavy cap with numerous wires attached to it in order to be scanned.

Depression is one of the most common mental disorders affecting approximately 340 million people in the world. No one is immune from depression - it occurs in people of all social classes, all countries and all cultural settings.
Advertisement
Users also had to stay still as movement of parts of the face could hinder the signal.

The new developments were lead by Scott Makeig, director of the University of California, San Diego's Swartz Centre for Computational Neuroscience, the Daily Mail reported.

He asserted that his headset weighs around 3.5kilograms and the machinery is still quite heavy, but light enough to transport.

Now the sensors are controlled over a wireless Internet connection and are much more accurate as they use better algorithms.

According to Livescience, the difference was 'akin to listening to a single speaker's voice in a crowded room' as opposed to all the noises.

For the tests, he and his team have attached it to a jogger on a treadmill and effectively scanned his brain via a wireless Internet connection.

However, they are still using conductive gel on the helmet, although it uses fewer electrodes.

Makeig insisted that what had been developed so far is just the 'tip of the iceberg'.

Easy to understand info & tips with diagrams about vitamin supplements like vitamin C, B6, B9 & B12. Latest research news on each vitamin's benefits and drawbacks for better consumer understanding.
Advertisement
<< Enrollment Increases, Premiums Drop in Medicare Advantage Pl...
Reason for Memory and Speech to Decline With Years >>

Women get confused by the behavior of men in their lives. It is time they realize that men too have frequent mood swings.
Advertisement
News A-Z
A B C D E F G H I J K L M N O P Q R S T U V W X Y Z
What's New on Medindia