Shock Can Kill You 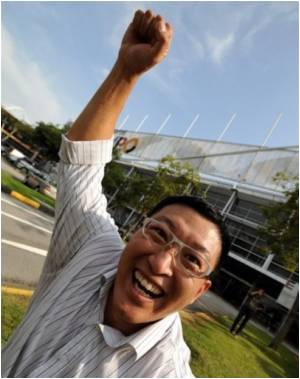 A shock can be fatal, whether it's the trauma of a loved one's death or the excitement of a lottery win, experts have claimed.

Research suggests that a startling revelation can pose a danger to health whether the news is positive or negative.

Russia Hopes to Shock Its Citizens into Giving Up Smoking

The Russian health ministry is hoping to shock the country's smokers into giving up the smoking habit.
Advertisement

And it seems women who have just been through the menopause are most at risk, the Daily Mail reported.


Researchers said that they have identified how emotional trauma - from winning the lottery to losing a close relative - can trigger a potentially lethal catastrophe in the body they call the "broken heart syndrome."

Bird flu, SARS and contagious nature have been ruled out, but little extra revelation is known of the mysterious disease that has cost the lives of many Cambodian kids.
Advertisement
German scientists said that they have discovered exactly how a sudden discovery or traumatic experience can be fatal.

They said that the news or event causes the body to produce large amounts of stress hormones including adrenaline, which narrows the main arteries, which supply blood to the heart.

This paralyses the heart's main pumping chamber, causing a sudden change in rhythm similar to a heart attack.

The victim will suddenly find it very difficult to breathe, have sharp pains in their chest and may feel very weak. Some die, although many recover if given urgent medical treatment.

Scientists have been aware for some time of "broken heart syndrome," or patients who apparently die from grief after losing a loved one, but they have not fully understood why it happens.

Now, researchers from the University Clinic of Rostock, in northern Germany, seem to have come up with a possible explanation based on studies of patients.

And they say the reaction isn't necessarily triggered by a bereavement - it could also happen after winning the lottery or even having an argument.

"These patients suffer under a heavy emotional load, either positive or negative. Their hearts literally break. It usually happens within minutes to an hour of hearing the news," Dr Christoph Nienaber, director of cardiology at the university, said.

"The typical scenario is bad news but there are reports of both and we don't know what causes it most.

"We are very far from a conclusion however, this is only speculative," he said.

He added that it mostly affects women who have undergone the menopause and are aged between 50 and 70 when they fall ill.

"We are still unsure why it seems to affect this group the most. One theory is that the female body reacts especially strongly to stress hormones after menopause," he said.

Three women, who underwent a procedure at a beauty centre in Hong Kong, were diagnosed with septic shock and ended up in critical condition.
Advertisement
<< Heart Attacks More Likely To Kill Women Than Men
Inform Teens To Reduce Risks >>