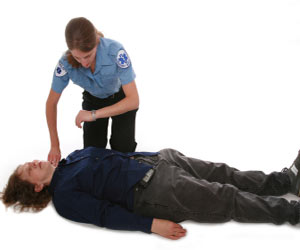 The Acute Cardiac Care Congress 2012 is the first annual meeting of the newly launched Acute Cardiovascular Care Association (ACCA) of the European Society of Cardiology (ESC). It takes place during 20-22 October in Istanbul, Turkey, at the Istanbul Lufti Kirdar Convention and Exhibition Centre (ICEC).


"Previous studies on ST elevation myocardial infarction (STEMI) have shown that women have a worse prognosis, possibly due to longer management delays and less aggressive reperfusion strategies," said Dr Leurent. "Therefore we used data from ORBI, a prospective registry of 5,000 STEMI patients, to find out whether there were any gender differences in the management of STEMI."

The risk factors that work behind the scene before a heart attack are familiar to many. But do you realize the extent to which your lifestyle choices are putting your life at risk? Can you identify a heart attack when it occurs? Take our quiz and find out.
Advertisement
The ORBI registry (Observatoire Régional Breton sur l'Infarctus du myocarde; Brittany regional observational study on myocardial infarction) has been ongoing since July 2006, and consists of STEMI patients admitted within 24 hours of symptom onset to the 9 interventional cardiology units in the Brittany region of France. The registry aims to assess the quality of management of acute myocardial infarction.

STEMI patients are included into the ORBI registry during the pre-hospital or hospital phase. The diagnosis is made by an emergency physician (in the ambulance or emergency room) or by the interventional cardiologist. Patients are excluded from the registry when the diagnosis of STEMI in the ambulance or emergency room is not confirmed by the interventional cardiologist - this happens in just 1% of cases.

For the current study, the researchers analysed data from 5,000 patients included in the ORBI registry over a 6-year period. They found that 1,174 patients (23.5%) were women. Women STEMI patients were older, with an average age of 69 years compared to 61 years for men (p<0.0001). Women had more frequent hypertension, less dyslipidemia and less current smoking.

The researchers found significant differences in the management and outcome of STEMI patients according to gender.

Women had longer median delays between symptom onset and call for medical assistance (60 vs 44 minutes, p<0.0001) and between admission and reperfusion (45 vs 40 minutes, p=0.011). "Delays of management are significantly longer in women, hence they have a longer ischemic time during which the heart's blood supply is reduced," said Dr Leurent. "And reperfusion strategies to restore blood flow are significantly less aggressive - with less fibrinolysis, and fewer coronary angiographies performed."

"Many doctors still think myocardial infarction is a male problem," continued Dr Leurent. "Campaigns are needed to increase awareness in doctors and the public about the problem of STEMI in women."

He concluded: "Doctors need to be more careful in the management of STEMI in women to further reduce ischemic time. This means adopting more aggressive reperfusion strategies and treating women the same as men. These actions by patients and doctors will reduce the current gender gap in mortality."

CPR or CARDIOPULMONARY RESUSCITATION can restore function of the heart and lungs due to any condition that causes the heart to come to a stop. This usually happens after a massive heart-attack.
Advertisement
<< Whole-body Vibration May Prevent Prediabetes in Adolescents...
Shock Can Kill You >>