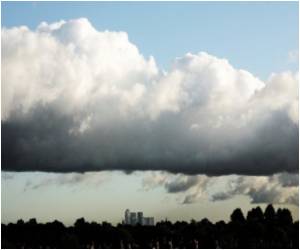 Delhi Chief Minister Sheila Dikshit addressing the inaugural session of a two-day international conference on "Cities and Climate Change" said that her government has taken actions in reducing the damaging impact of climate change.

Dikshit said these steps included a shift to a CNG-propelled public transport system, expansion in green area, implementation of a green building code, the hosting of the first ever green Commonwealth Games, rainwater harvesting, solar energy, the Delhi Metro and introduction of gas-based power plants, etc.

She further stated that the city has not been contributing to carbon footprint addition.


Dikshit admitted that Delhi has a number of peculiar challenges due to its largest density, increasing population, limited land, imported climate, not having its own resources and attraction due to the huge employment opportunities.

Change in climate may increase exposure to water-borne diseases originating in oceans, lakes and coastal ecosystems. The impact of climate change could be felt within 10 years, say US scientists.
Advertisement
She further stated that climate change has become a priority issue in global environmental governance and cities are the important players.

Delhi, Dikshit said, is no exception.

She underlined the importance of the 3Rs i.e. Reduce, Recycle and Reuse. She said that urban and rural areas in the national capital must have specific measures to overcome the climate change related challenges being faced by humans.

In his keynote address, the Deputy Chairman of the Planning Commission, Dr. Montek Singh Ahluwalia, said it is necessary to meet the challenges of climate change by implementing adaptation measures and mitigation measures.

Dr. Ahluwalia said there is a need for a building code, a rational urban transport policy, producing electricity from solid waste, a national policy on energy efficiency standards, reduction in carbon emissions and cost subsidy on renewable energy sources, etc.

He stated there is a need to lead in the battle of ideas to bring about positive change.

He expressed confidence that good sense would prevail to overcome climate change challenges.

In his inaugural address, Delhi Chief Secretary Rakesh Mehta said Delhi is committed to a pursuing a green agenda.

"It is expected that it will have 24 million population by 2021. The issue today is how to create sustainable mega cities. Delhi is the only state to set up an Air Ambience Fund and bring out its own Climate Agenda," Mehta said.

He expressed hope that Delhi will become a city of rooftop solar energy appliances very soon and stressed upon the need of better funding for new technologies.

Research Finds Climate Change can Have Detrimental Effect on Milk

Wetter, cooler summers can have a detrimental effect on the milk we drink, says a new research.
Advertisement

Not All Biofuels are Environmentally Friendly Than Fossil Fuels

A new study commissioned by the Swiss government, has suggested that though biofuels reduce more greenhouse gas emissions as compared to fossil fuels.
Advertisement