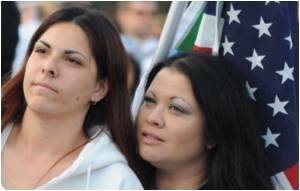 With sexual orientation getting more relaxed as they got older, many women choose to become lesbians or even become bi-sexual.

Most textbooks assume that women's sexual preferences are fixed in their early twenties - the same as men - and rarely change later in life.


The findings will be presented at the American Psychological Association next month.

Bisexuality among women seems to be a distinct sexual orientation. It is not an experimental or transitional stage to lesbianism.
<< Sea Otters Prevent Global Warming
Now, It is Tea, Exercise and Vit-D That Fight Dementia! >>

Homosexuality Linked to Parents Who Devote Less Time to Offspring