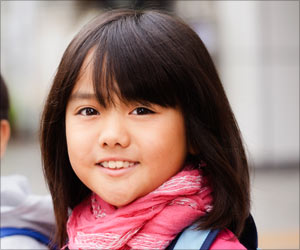 'Imprinted' genes influence the age at which girls reach sexual maturity, a new study reveals. Imprinted genes are a small subset of genes and their activity differs depending on whether the mother or the father passes on that gene.


Researchers noted that both types of imprinted genes were identified as determining puberty age in girls, implying a possible biological conflict between the parents over their child's growth rate.


"By analyzing genetic factors, we hope to better understand how puberty timing in girls is related to important health conditions in women," said Joanne Murabito, an associate professor of medicine at Boston University's School of Medicine.

The new findings come from an international research of more than 180,000 women involving scientists from 166 reputed institutions worldwide.

The scientists identified 123 genetic variations that were correlated to the timing of when girls experienced their first menstrual cycle.

Six among the genetic variations were found to be clustered within "imprinted" regions of the genome.

"This is the first time that it has been proved that imprinted genes are able to control rate of development after birth," Murabito added.

The research appeared in the journal Nature.

Sex Addiction
Is sex addiction a malady that can be treated or is it only an excuse for celebrity romps?...