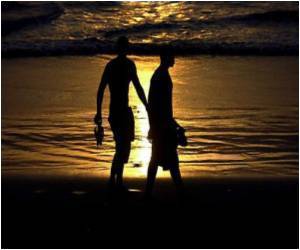 Experts are struggling to understand if the craving for sex is really a disorder or simply a convenient excuse to wriggle out of trouble.

The American Psychiatric Association (APA) is debating whether sex addiction should be added to its Diagnostic and Statistical Manual of Mental Disorders.

Ever since Tiger Woods' enrolment to rehab for sex addiction last year, rehab facilities have found themselves swamped with requests for sex-addiction treatment.

But the definition is vague in that it doesn't specify when it becomes too much or at what point do partners in a healthy relationship become too focused on sex? And what constitutes too little sex.

In a November 2009 Archives of Sexual Behavior paper, Dr. Martin Kafka, a Harvard Medical School professor and a prominent member of the APA work group on sex disorders, defined "hypersexual desire" among men as having seven or more orgasms per week for at least six months after age 15.

But isn't that what happens in the high school phase?

And because of this ambiguity in the definition, it's impossible to find out how many people actually suffer from this disease.

And unlike, alcoholism, where abstinence is the best solution, the same can't be said for sex, which is a natural human instinct.

But Weiss admits there is no simple way to teach sex addicts how to have healthy romantic relationships.

"Almost all U.S. treatment programs tell the client to abstain, without consideration of what the client is motivated to do," writes A. Thomas Horvath, a past director of the addiction bureau of the American Psychological Association and the author of 'Sex, Drugs, Gambling and Chocolate: A Workbook for Overcoming Addictions'.

"You get the rewards; you pay the consequences; you decide," he writes.

Even science has been at a loss to explain this puzzling disease.

A person's sexuality is a complex amalgam that involves your brain's hormonal system, its frontal-lobe reward system and its limbic system, which controls mood.

Because genes regulate these neural pathways, sexuality maybe heritable, but the environment around you is just as important in determining how those genes are expressed.

Those with a certain variant of the DRD4 gene were more likely to report having had one-night stands and adulterous affairs. The DRD4 gene helps control how much dopamine is released when you have sex.

For some, sex seems to provide more of a dopamine high. Also, we know that having sex releases endorphins, which are peptides that activate opiate receptors.

But desire isn't just tied to hormones - it's our social need to be with another person too - which is more emotional than hormonal, which is where science fails.

Despite the fact that many institutes recognize the need for treating sex addiction, they are still trying to develop standards of care for hypersexual conditions.

And the most important question at hand - should we regard out-of-control sexual behaviour as an extreme version of normal sexuality, or is it an illness completely separate from it - still remains unanswerable.

Smokers use tobacco or nicotine regularly in spite of being aware of negative health consequences. Nicotine ...