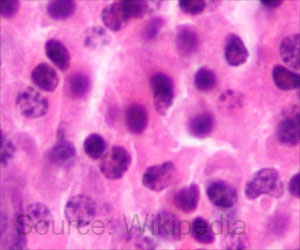 Multiple myeloma is a rare incurable disease that is diagnosed in more than 30,000 people each year in the United States. Only half of patients with multiple myeloma are expected to survive five years after their diagnosis.

Advertisement
‘Screening for Monoclonal Gammopathy of Undetermined Significance (MGUS), a disorder of the blood may have significant benefits by lowering the incidence of multiple myeloma, provided that effective and non-toxic interventions can be identified.’

The majority of patients with multiple myeloma develop the disease from a non-malignant and asymptomatic precursor condition called Monoclonal Gammopathy of Undetermined Significance (MGUS) a disorder of the blood in which white blood cells begin overproducing a type of protein called M protein. Blood tests for MGUS are very accurate and minimally invasive. It is estimated that the average risk of progression from MGUS to multiple myeloma is at least 1 percent per person per year, but it can be higher in persons with evolving disease. People with MGUS most often do not have any obvious signs or symptoms of the disease. It is commonly diagnosed by chance through routine blood tests.


MGUS is more common in men, African Americans and in individuals with a family history of the disease. Therefore, the researchers wanted to determine if screening tests could reduce the risk of progressing from MGUS to multiple myeloma and improve patient survival in individuals with higher lifetime risks of MGUS. Patients who screen positive could then seek medical care early, and potentially try strategies such as aspirin, metformin or weight reduction to reduce their risk of progression into multiple myeloma and improve their overall survival.
Advertisement
Moffitt researchers, in collaboration with scientists from Dana-Farber Cancer Institute, Harvard University, the University of Manchester and the University of Iowa, performed a series of computational modeling experiments to determine the best screening strategies in different groups of individuals. They wanted to determine when screening should begin, how often it should occur and in which individuals it is most effective. They designed their model to predict the progression of MGUS to multiple myeloma, the changes in MGUS and multiple myeloma prevalence, and the annual follow-up mortality due to disease.

"Regular screening of MGUS candidates should start as early as possible, with biannual follow-up, and focus on high-risk individuals especially with a family history of multiple myeloma or in groups with a strong indication of MGUS progression," said study lead author Philipp Altrock, Ph.D., assistant member in the Department of Integrated Mathematical Oncology at Moffitt.

Noninvasive Method to Detect Bone Marrow Cancer Proposed
This is the first study to evaluate a T2-weighted MRI in an experimental model of myelofibrosis ......