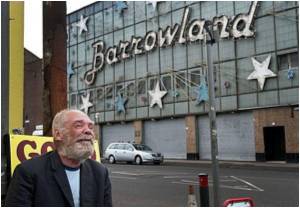 After its famed whisky, some of Scotland's best-loved exports will help kick off the Commonwealth Games, the beginning of a two-week party in Glasgow.

Singer Susan Boyle has already been announced as a star of Wednesday's opening ceremony, while veteran mod icon Rod Stewart will perform in a homecoming of sorts.

Boyle has sold 19 million albums since her breakthrough performance on a television talent show in 2009, when she left judges speechless with a rendition of 'I Dreamed a Dream' from the musical Les Miserables.


The singer, who hails from Blackburn, 25 miles (40 kilometers) to the east of Glasgow, has since sung for the pope and Queen Elizabeth II, but was tight-lipped about her performance at Celtic Park, home of European football giants Celtic.
Advertisement
"Watch this space, is all I'm willing to say," said "SuBo", 53, adding it was "a great honour" to be asked to perform.

Stewart, who was brought up in London but has a Scottish father, is an avid Celtic supporter and is a regular visitor to the historic 60,000 capacity stadium.

The 100-million-record-selling star, whose hits include "Young Turks", "Sailing" and "Maggie May", namechecks the club in song "You're in my Heart" and was spotted blubbing uncontrollably in the stands after their epic 2012 Champions League victory over Barcelona.

Despite being from Edinburgh, Sean Connery, arguably the most famous living Scotsman, threw his weight behind the Games from the beginning.

Recognised by many as the definitive James Bond, the 83-year-old was an official Games ambassador who helped Glasgow win the bid in 2007.

It is not known whether modern Scottish acting stars such as "X-Men"'s James McAvoy and "300" heartthrob Gerard Butler will be involved in the ceremony.

Pushing 007 for the title of most distinctive Scotsman is eccentric comedian and actor Billy Connolly, who in 2012 also became an official Games ambassador.

The "Big Yin" also narrated the story of Clyde, the part-human, part-thistle Games mascot named after the river on whose banks Connolly was born and raised.

The river once welcomed Atlantic-faring ships ladened with cotton, tobacco, sugar and rum and later became the centre of Glasgow's mammoth ship-building industry, which spawned iconic liners the Queen Mary and the QE2.

The city's grand city centre serves as a reminder of this proud past, and many of those who helped build its reputation are honoured with statues.

Those recognised include James Watt, the engineer whose inventions were key to the industrial revolution, and adventurer David Livingston, believed to be the first European to discover Victoria Falls.

Those not lucky enough to be in the city can join the estimated one billion people around the world expected to watch the ceremony on their television sets, invented by John Logie Baird, a Scotsman, in 1926.

Norovirus Outbreak at Commonwealth Games Athletes' Village Being Sorted
There has been a suspected norovirus outbreak at the athletes' village with the Glasgow ......

Clean-Up Of Beggars For India's 2010 Commonwealth Games
India plans to round up beggars to shield foreigners from New Delhi's rampant poverty during the ......

Prostitution, Child Trafficking may Be Increased During the 2014 Commonwealth Games in Glasgow
The Scottish Trades Union Congress (STUC) has warned that during the Commonwealth games in 2014, ......