Scientists Turn Skin Cells into the Cells That Insulate Neurons 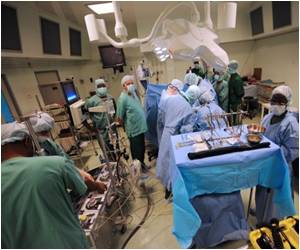 The research took place at the Stanford University School of Medicine and the current research was done in mice and rats. If the approach also works with human cells, it could eventually lead to cell therapies for diseases like inherited leukodystrophies  disorders of the brain's white matter  and multiple sclerosis, as well as spinal cord injuries. The study will be published online April 14 in Nature Biotechnology.

Without myelin to insulate neurons, signals sent down nerve cell axons quickly lose power. Diseases that attack myelin, such as multiple sclerosis, result in nerve signals that are not as efficient and cannot travel as far as they should. Myelin disorders can affect nerve signal transmission in the brain and spinal cord, leading to cognitive, motor and sensory problems.


Previous research in rodent disease models has shown that transplanted oligodendrocyte precursor cells derived from embryonic stem cells and from human fetal brain tissue can successfully create myelin sheaths around nerve cells, sometimes leading to dramatic improvements in symptoms. "Unfortunately, the availability of human fetal tissue is extremely limited, and the creation of OPCs from embryonic stem cells is slow and tedious," said the study's senior author, Marius Wernig, MD, assistant professor of pathology and a member of Stanford's Institute for Stem Cell Biology and Regenerative Medicine. "It appeared we wouldn't be able to create enough human OPCs for widespread therapeutic use, so we began to wonder if we could create them directly from skin cells."
Advertisement
Nan Yang, PhD, a postdoctoral scholar in the Wernig laboratory and lead author of the study, pointed out that there is another advantage to using this technique. "By using the patient's own skin cells, we should be able to generate transplantable OPCs that are genetically identical to the patient's natural OPCs," Yang said. "This allows us to avoid the problem of immune rejection, which is a major complication in transplantation medicine."

The team's current research project also involved directly converting skin cells into OPCs without having to create iPS cells. The researchers showed that mouse and rat skin cells could be directly converted into OPCs, and that these cells would successfully myelinate nerve cells when transplanted into the brains of mice with a myelin disorder.

Next, the team plans to reproduce the research in human cells; if successful, the approach could lay the groundwork for therapies for a wide array of myelin disorders and spinal cord injury.

Boost Their Surroundings To Make Old Skin Cells Act Young Again: U-M Scientists
The trillions of cells in our body age along with us. They also become less resilient and able to .....