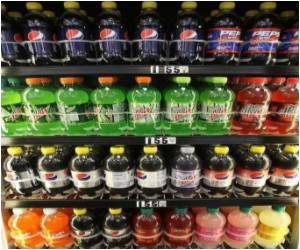 Researchers have discovered the chemical that specifically blocks people's ability to detect the bitter aftertaste that comes with artificial sweeteners such as saccharin.

According to a report published online in Current Biology, a Cell Press publication, the key is a molecule known only as GIV3727 that specifically targets and inhibits a handful of human bitter taste receptors.

The finding of what the researchers say is the first commercially relevant small-molecule bitter taste inhibitor also opens the door to further discovery of compounds for other taste-enhancement purposes, such as hiding the yucky taste of medicines or other commonly encountered bitter flavors.


"To our knowledge, this is the first published example of a bitter receptor inhibitor with taste activity in humans," said Jay Slack of Givaudan Flavors Corp. in Cincinnati. "We applied high-throughput screening and medicinal chemistry approaches to develop specific inhibitors for human bitter taste receptors. While these methods are commonly used in the development of new drug candidates, ours is the first successful application of this technology for bitter taste modulation. This flavoring substance could be broadly used to improve the palatability of foods and beverages containing acesulfame K and saccharin."

Encyclopedia section of medindia briefly explains about Insulin - Sugar and Food
Advertisement
Acesulfame K is a calorie-free sweetener sold as Sunett and Sweet One. Saccharin is often found in little pink packets at restaurants under the trade name Sweet'N Low.

In addition to its commercial potential in packaged foods and beverages, GIV3727 could also lead to important new insights in the scientific arena, the researchers said.

"Recent evidence indicates that some bitter receptors are also expressed in other nongustatory tissues with proposed roles in the detection of noxious airborne chemicals or regulation of glucose homeostasis via the gastrointestinal tract," the researchers noted in their report. "Bitter receptor antagonists hold promise as tools to explore the role of bitter receptor signaling in these other systems."