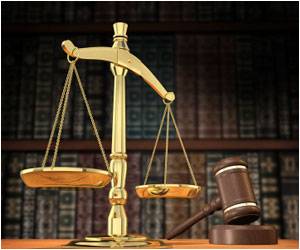 The research from Carnegie Mellon University, the City University London, Boston University and the University of Colorado, Boulder, has found that everyone has a bias blind spot.

Researchers have developed a tool to measure the bias blind spot, and reveals that believing that you are less biased than your peers has detrimental consequences on judgments and behaviors, such as accurately judging whether advice is useful.


Researcher Erin McCormick said that when physicians receive gifts from pharmaceutical companies, they may claim that the gifts do not affect their decisions about what medicine to prescribe because they have no memory of the gifts biasing their prescriptions.


He added that if asked whether a gift might unconsciously bias the decisions of other physicians, most will agree that other physicians are unconsciously biased by the gifts, while continuing to believe that their own decisions are not. This disparity is the bias blind spot, and occurs for everyone, for many different types of judgments and decisions. People seem to have no idea how biased they are.

Whether a good decision-maker or a bad one, everyone thinks that they are less biased than their peers, said Carey Morewedge, adding that this susceptibility to the bias blind spot appears to be pervasive and is unrelated to people's intelligence, self-esteem, and actual ability to make unbiased judgments and decisions.

They also found that people with a high bias blind spot are those most likely to ignore the advice of peers or experts, and are least likely to learn from de-biasing training that could improve the quality of their decisions.

Lead author Irene Scopelliti added that the research found that people more prone to think they are less biased than others are less accurate at evaluating their abilities relative to the abilities of others, they listen less to others' advice, and are less likely to learn from training that would help them make less biased judgments.

The study is published in Management Science.

Brain Relies on Shared Representation of Space to Make Perceptive Judgments
Neuroscientists used eye-tracker technology in a dark laboratory to test a developing theory about how the brain determines locations of nearby objects.
READ MORE

Intention Shapes Our Judgment on How Severely the Guilty Should be Punished
Judging a person's guilt and imposing punishment has been part of human history from thousands of years ago.
READ MORE

Serious Lapses of Judgment in Schumacher's Treatment, He may Never Recover
The comatose Michael Schumacher may never recover due to serious lapses in judgement during his medical care, the chief medical officer at Formula One believes
READ MORE