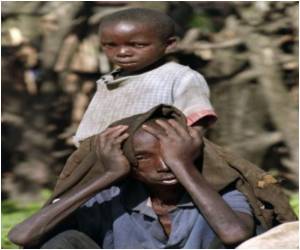 Rwandan domestic worker John Rutaremara plans to sign up for a "no-scalpel" vasectomy as soon as it becomes available in Africa's most densely populated country: he has two children and cannot afford more.

His is a fairly unusual decision for sub-Saharan Africa where vasectomies are rare amid a widespread but misguided belief that it is tantamount to castration and impairs a man's virility.

But Rutaremara is determined: even though his daily pay of six dollars is a good one by Rwandan standards, he and his wife struggle to make ends meet.


"We have many expenses. School fees, food, electricity are all very expensive in Kigali," said Rutaremara, 31. "If we had more children, life would be very difficult."

Vasectomy is a surgical procedure where a part of the vas deferens is surgically removed and is a safe form of birth control in men.
Advertisement
He already works 80 hours per week, leaving home each morning well before the sun rises and returning well after it sets.

"I would rather have only two children who are well taken care of and educated than have eight children who spend each day in hunger," he said.

Rwanda is introducing the "no-scalpel" (NSV) procedure in a typically bold approach to curb an explosion in its population, which has risen fourfold over the past 50 years to top 10 million.

The tiny country is already the most densely populated in mainland Africa and the government sees further growth as one of the main threats to its achievements in rebuilding after the 1994 genocide.

Under the leadership of President Paul Kagame, Rwanda has been hailed for pioneering development policies that have helped it beat the odds and become one of the continent's most dynamic economies.

Concerned about the pressure on scant resources, it has begun scaling up its family planning programmes to include NSV vasectomy which is quicker, cheaper and less likely to cause complications than female sterilisation.

"The procedure takes about 15 minutes and is painless. We use only a very small needle along with a local anaesthetic," said programme trainer Leonard Kagabo.

It was developed in China in the late 1970s and introduced to the United States about a decade later, spreading across the world.

Rwanda's NSV project initially met with controversy after media reports said the country wanted to carry out vasectomies on 700,000 men over three years.

The government was "emasculating the poor", an opposition party quickly charged.

But the health ministry insists it had no such plan.

"There is no target to carry out 700,000 vasectomies nor will there ever be one," ministry second-in-charge Agnes Binagwaho said.

"It would be both unethical and a violation of human rights to allocate targets to family planning options of this nature," she said.

Some experts have expressed concern that widespread use of vasectomy would lead to lower usage of condoms and so to higher HIV rates.

But Fidel Ngabo, health ministry director of nursing, mother and child health, says that would be countered by proper education.

"We always give HIV and family planning counselling together because they go hand in hand. With vasectomies, we give this counselling both before and after the procedure," said Ngabo.

Men wanting to sign up for the procedure must first sign a lengthy consent form which explains its irreversible nature. Married men are asked to bring along their wives to ensure their consent.

The vast majority of Rwandans are farmers whose families have lived in poverty for generations. With food insecure and land scarce, larger families are becoming less and less sustainable.

"Eighty percent of our population lives off the land," Ngabo said. "In the past, the more children a farmer had, the more wealth he had. But that has radically changed.

"Now more children mean more education and healthcare costs for the agricultural worker as well as less land for each child to inherit," he said.

This Interactive provides step by step visual aid showing how to correctly use condoms which can prevent transmission of HIV, other sexually transmitted diseases and pregnancy
Advertisement
<< Cigarettes to be Sold in Plain Packets in Britain
Smoking Brit Women Over 60 At High Risk of Lung Cancer >>