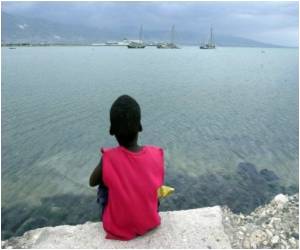 Washington, July 29 (ANI): A new study has revealed that swimmers at sub-tropical beaches face an increased risk of illness.

The study, led by a team of University of Miami researchers, examined the risk of illness that beachgoers face when exposed to recreational marine water at sub-tropical beaches with no known source of pollution or contamination.


Researchers divided study participants into two groups: volunteers who went into the water and those instructed to stay out of the water. The group that went in the water was asked to dunk themselves completely in the water three times over a fifteen-minute period. A few days later both sets of participants received follow-up calls from researchers, checking on their health and well being.

Stomach is the organ where food is mixed, stored and partially digested.
Advertisement
"We found that when swimming in sub-tropical beach areas with no known pollution or contamination from sewage or runoff, you still have a chance of being exposed to the kind of microbes that can make you sick," said Dr. Lora Fleming, co-director of the Center for Oceans and Human Health (OHH) and Professor of Epidemiology at the University of Miami, who directed the study, the first large epidemiologic survey of its kind.

"This information is especially important to take into account for children and the elderly, or if you have a compromised immune system and are planning a beach outing."

"While people shouldn't avoid our beautiful beaches which are regularly monitored for water quality safety, we recommend taking simple precautions to reduce the risk of microbes so your visit to the beach can be more enjoyable," said Dr. Samir Elmir, environmental administrator with the Miami Dade County Health Department.

Skin diseases also known as dermatologic disorders are many in number and so are their causes. The common skin diseases or skin disorders are usually related to the epidermal layer of skin.
Advertisement
<< Fad Diets - Not Effective for Everyone
Pot Sends S.O.S. Signals for Distressed Plant >>