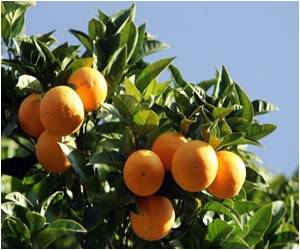 Consuming more of fruit and vegetables a day, atleast five portions is the secret to reducing our risk of dying early.

Researchers have found people, who eat 569g a day- the equivalent of 7.1 portions- slash their risk of premature death by 10 per cent and live on average one year and 44 days longer, the Daily Express reported.

The Spanish research suggested that fruit and vegetables rich diet reduces the risk of dying from cardiovascular disease by 15 per cent.

It was revealed that raw veggies are more effective and can help reduce the risk of premature death by 16 per cent.
Advertisement
The study by Maria Jose Sanchez Perez, director of the Andalusian School of Public Health's Granada Cancer Registry, concluded that a combined fruit and vegetable consumption of more than 569g a day reduces the risk of mortality by 10 per cent and delays it by 1.12 years compared with a consumption of less than 249g a day.

The study is published in the American Journal of Epidemiology.

Source: ANI
Advertisement
<< Any Doubts About Existence of Water on Mars ?
Blessing of Portable Devices During Sudden Cardiac Arrests >>

Fruitarian Diet
Fruitarian diet is composed of more than 50 percent of fruits. A variety of fruits can be included ....