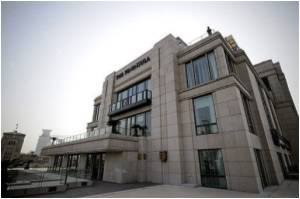 Peace Hotel, Shanghai, the most opulent hotel in the Far East in the 1930's, has reopened in all its former glory, after a three-year, 64-million-dollar renovation.

The hotel on Shanghai's neoclassical riverfront will be managed by a joint venture between Fairmont Hotels and Resorts and China's state-owned Jin Jiang Hotels, executives from the two companies told a news conference.

The Financial Crisis is Not For China!

While the rest of the world struggles to bounce back from the global financial crisis, China's billionaires are living large, snapping up luxury products at a breathtaking pace.
Advertisement 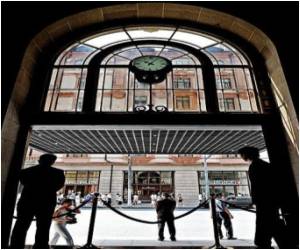 Employees of the Peace Hotel stand at the entrance in Shanghai 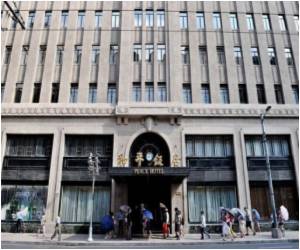 Pedestrians walk past the Peace Hotel in Shanghai

"This hotel will be one of the most admired properties in China. The history and reputation of the Peace Hotel is legendary. The efforts to restore it to its original grandeur have been remarkable," Fairmont president Chris Cahill said.


Gesturing towards a massive octagonal skylight above the hotel's shopping arcade, Jin Jiang chief executive Yang Weimin said that before the renovation began, the stained glass was covered up and the space was a store.

Living in the Lap of Luxury: 10 Most Extravagant Guest Requests at Luxury Hotels

Designing a private golf course on a glacier, creating an exact replica of a unique coffee shop-these are just some of the most extravagant guest requests luxury hotels around the
Advertisement
"When you came into the shop, you couldn't see the ceiling that you now see. The best thing in the building was hidden from view," Yang said. "Now as I greet guests, the moment they step into the lobby they are in awe."

Over time, many of the original features of the 81-year-old hotel were destroyed or covered up as war, revolution and ill-conceived renovations battered the building, an institution in Shanghai's famed Bund area.

A team from Hirsch Bedner Associates worked with local historians to restore and reconstruct the hotel's art deco features, scraping away layers of paint and using old photographs and architectural plans for reference.

A new wing was also added to the back of the hotel to expand it to 270 rooms, add a sky-lit swimming pool and provide additional elevators and other amenities, executives said.

Despite the modern touches, the hotel's restored art deco interior and the kitschy Dragon Phoenix restaurant create the sensation of stepping back in time, contrasting with Shanghai's many efforts to show an ultra-modern face.

Throughout, the hotel pays tribute to its founder Victor Sassoon, the businessman who made the building the scene of lavish parties and lived in its tower. His quarters have now been converted into a new presidential suite.

Sassoon's portrait hangs at the entrance of a gallery containing silverware, crockery and other artifacts from the hotel's past including a magazine photo spread of Charlie Chaplin's stay there.

The hotel's first official guests after the renovation were Tong Yiyu and Zhong Xuying, a Chinese couple in their 80s who held their wedding in the hotel in 1958, a hotel spokeswoman said.

As climate change guilt among tourists grows, hotels and resorts are finding they need to do more to please the green consumer than simply ask them to re-use their towels.
Advertisement