Researchers Uncover Step in Brain Events Leading Up to Addiction 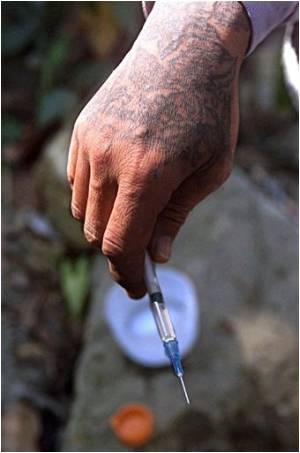 A recent study in rats, funded by the National Institute on Drug Abuse (NIDA), a component of the National Institutes of Health says that a regulatory protein best known for its role in a rare genetic brain disorder also may play a critical role in cocaine addiction. The study was published today in the journal Nature Neuroscience.

Researchers at the Scripps Research Institute in Jupiter, Fla. found that cocaine consumption increased levels of a regulatory protein called MeCP2 that shuttles back to the nucleus to influence gene expression in the brains of rats. As levels of MeCP2 increased in the brain, so did the animals' motivation to self-administer cocaine. This suggests that MeCP2 plays a crucial role in regulating cocaine intake in rats and perhaps in determining vulnerability to addiction.


"This discovery, using an animal model of addiction, has exposed an important effect of cocaine at the molecular level that could prove key to understanding compulsive drug taking," said Dr. Nora D. Volkow, director of NIDA. "It should open up new avenues of research on the causes and ways to counter the behavioral changes linked to addiction in humans."


This is the second time this year that a critical factor related to cocaine self-administration in rodents has been identified. In a study published in July in the journal Nature, Scripps researchers identified regulatory molecule miRNA-212 as playing a key role in cocaine intake. However, MeCP2 increased motivation for cocaine, whereas miRNA-212 had the opposite effect, suggesting that the latter plays a protective role against drug seeking.

"This study represents another piece in the puzzle of determining vulnerability to cocaine addiction," said Paul J. Kenny, senior author on the study and an associate professor at Scripps. "If we can continue putting the pieces together, we may be able to determine whether there are viable treatments for this condition."