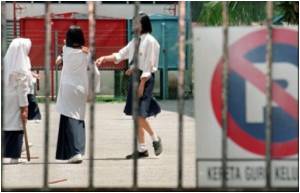 A new study has suggested that getting bullied may actually help children in their development.

Psychologists from the University of California, Los Angeles (UCLA), claim that being shouted at, or ostracised on Facebook can often have positive results.

In a series of experiments, psychologists from the University of California, Los Angeles (UCLA), measured the friendships and hostile relationships of 2,000 schoolchildren aged 11 and 12.


Researchers compared children who reciprocated a fellow pupil's dislike with those who tried to ignore or placate their enemy.

Those with the highest "antipathy" marks - repaying hostility with hostility - seemed the most mature.

Parents can play an important role in preventing their children from becoming bullies, concludes a new research.
Advertisement
Girls who gave as good as they got scored significantly higher on teachers' ratings of social competence. They were more popular in class and often admired throughout the school. Boys who stood up for themselves were judged to be better behaved in the classroom than those who suffered in silence.

"The children who are not disliked by anybody are the most well-adjusted, not surprisingly," the Times quoted Melissa Witkow, who led the study, as saying.

She added: "However, among kids who are disliked by a peer, our research suggests it may be [helpful] for some young adolescents to return that peer's dislike than to either not be aware or to continue liking that peer."

Such experiences, according to researchers, give children an early lesson that not everybody is going to like them in life and teach them about conflict resolution.

Bullying is a harmful action (physical or psychological) carried out by a child against another. It is ...