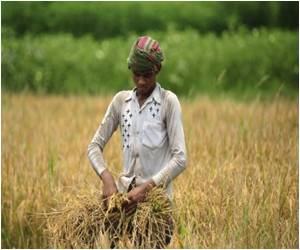 Researchers have said that enriching crops by adding a naturally-occurring soil mineral to fertilisers could potentially help to reduce disease and premature death in the African country of Malawi.

An international study led by academics at The University of Nottingham has shown that dietary deficiency of the mineral selenium  which plays a vital role in keeping the immune system healthy and fighting illness  is likely to be endemic among the Malawi population.

They found that most Malawi soils cannot supply enough selenium for adequate human nutrition and, in a paper published today in the journal Scientific Reports, they call for further investigation into the benefits and costs of using selenium-enriched fertilisers and other strategies to boost levels within the country's food.


Leading the study was Dr Martin Broadley, of the University's School of Biosciences, he said: "Selenium is a naturally occurring mineral of fundamental importance to human health, with critical roles in immunity. People with low dietary selenium intakes are at increased risk of suffering from a variety of diseases. Most soils in Malawi have extremely low levels of the selenium available to plant roots and so selenium is not transferred into crops in sufficient amounts for optimal human health. We urgently need to assess strategies to address this problem in Malawi and the wider Southern African region in the context of wider mineral malnutrition (for example, iron, zinc and iodine deficiencies), often referred to as the 'hidden hunger'."
Advertisement
The study examined the diet and the resulting nutritional status of a total of 120 otherwise healthy women aged between 18 and 50 years old living in villages in Zombwe in the north of Malawi and Mikalango in the south.

Research assistants from Lilongwe University of Agriculture and Natural Resources and the Ministry of Health in Malawi, spent time in the homes of the volunteers collecting duplicate samples of what they ate and drank over a 24 hour period, and blood and urine samples were also taken. The samples collected were sent back to the UK to be analysed for their levels of selenium.

The findings showed that the natural acidity levels of the soil in the two regions  in other words how acid or alkaline the soil was  had a huge impact on the selenium levels of the inhabitants, as had been predicted from a previous study. Selenium intake was eight times higher in villages with more alkaline rich soils in Mikalango than those from villages in Zombwe where the soil was acidic.

Due to a current lack of information, the researchers are not yet able to estimate the impact of selenium deficiency on the whole of the population of Malawi or the wider region using frameworks devised by bodies such as the World Health Organization. However, similar frameworks are already in place for deficiencies of other minerals such as zinc which the authors estimate carries an annual economic burden of £70 million in Malawi alone.

The low levels of selenium in most soils in Malawi indicate that policies to tackle selenium deficiency in Southern Africa should still be considered, say the researchers.

Dr Broadley added: "It is of course feasible for people to diversity their diets to increase the consumption of other selenium-rich foods such as meat, poultry, fish and eggs but this is particularly challenging for people who are living in developing countries on an extremely low income. The Malawi diet is dominated by a single staple crop, in this case, maize, which is often used to make a thick porridge type dish called nsima which is often eaten with a vegetable-based relish."

The researchers recommend that further research is needed into the benefits and costs of introducing a programme to enrich nitrogen-based soil fertilisers  used relatively widely in maize cultivation in Malawi  with selenium as a way of increasing the levels of the mineral in maize. A precedent for this has already been set in other countries such as Finland, where supplemented fertilisers have successfully increased the selenium concentrations in Finnish foods and diets since the mid 1980s.

Water Quality In US Improves After Ban On Phosphorus-Containing Lawn Fertilizers
Water quality in the United States (US) has improved after the ban on lawn fertilizers, indicates a ...

Nitrogen Fertilizers Deplete Not Enrich Organic
A new study by scientists from the University of Illinois contradicts the generally accepted theory ...