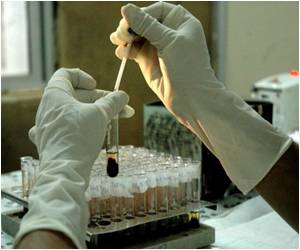 HIV-1 virus has proved to be tenacious, inserting its genome permanently into its victims' DNA, forcing patients to take a lifelong drug regimen to control and prevent a fresh attack.

Now, a team of Temple University School of Medicine researchers has designed a way to snip out the integrated HIV-1 genes for good. "This is one important step on the path toward a permanent cure for AIDS," says Kamel Khalili, PhD, Professor and Chair of the Department of Neuroscience at Temple. Khalili and his colleague, Wenhui Hu, MD, PhD, Associate Professor of Neuroscience at Temple, led the work which marks the first successful attempt to eliminate latent HIV-1 virus from human cells. "It's an exciting discovery, but it's not yet ready to go into the clinic. It's a proof of concept that we're moving in the right direction," added Dr. Khalili, who is also Director of the Center for Neurovirology and Director of the Comprehensive NeuroAIDS Center at Temple.

Initial HIV Care at Home may Increase Use of ART

In a study published July 21 by the Proceedings of the National Academy of Sciences, Khalili and colleagues detail how they created molecular tools to delete the HIV-1 proviral DNA. When deployed, a combination of a DNA-snipping enzyme called a nuclease and a targeting strand of RNA called a guide RNA (gRNA) hunt down the viral genome and excise the HIV-1 DNA. From there, the cell's gene repair machinery takes over, soldering the loose ends of the genome back together - resulting in virus-free cells. "Since HIV-1 is never cleared by the immune system, removal of the virus is required in order to cure the disease," says Khalili, whose research focuses on the neuropathogenesis of viral infections.


The same technique could theoretically be used against a variety of viruses, he says. The research shows that these molecular tools also hold promise as a therapeutic vaccine; cells armed with the nuclease-RNA combination proved impervious to HIV infection. Worldwide, more than 33 million people have HIV, including more than 1 million in the United States. Every year, another 50,000 Americans contract the virus, according to the U.S. Centers for Disease Control and Prevention. Although highly active antiretroviral therapy (HAART) has controlled HIV-1 for infected people in the developed world over the last 15 years, the virus can rage again with any interruption in treatment. Even when HIV-1 replication is well controlled with HAART, the lingering HIV-1 presence has health consequences. "The low level replication of HIV-1 makes patients more likely to suffer from diseases usually associated with aging," Khalili says.

Hundreds of individual honey bees were tracked for several weeks after scientists attached radio-frequency identification tags on them.
Advertisement
These include cardiomyopathy - a weakening of the heart muscle - bone disease, kidney disease, and neurocognitive disorders. "These problems are often exacerbated by the toxic drugs that must be taken to control the virus," Khalili adds. Researchers based the two-part HIV-1 editor on a system that evolved as a bacterial defense mechanism to protect against infection, Khalili says. Khalili's lab engineered a 20-nucleotide strand of gRNA to target the HIV-1 DNA and paired it with Cas9. The gRNA targets the control region of the gene called the long terminal repeat (LTR). LTRs are present on both ends of the HIV-1 genome. By targeting both LTRs, the Cas9 nuclease can snip out the 9,709-nucleotides that comprise the HIV-1 genome.

To avoid any risk of the gRNA accidentally binding with any part of the patient's genome, the researchers selected nucleotide sequences that do not appear in any coding sequences of human DNA, thereby avoiding off-target effects and subsequent cellular DNA damage. The editing process was successful in several cell types that can harbor HIV-1, including microglia and macrophages, as well as in T-lymphocytes. "T-cells and monocytic cells are the main cell types infected by HIV-1, so they are the most important targets for this technology," Khalili says. The HIV-1 eradication approach faces several significant challenges before the technique is ready for patients, Khalili says.

The researchers must devise a method to deliver the therapeutic agent to every single infected cell. Finally, because HIV-1 is prone to mutations, treatment may need to be individualized for each patient's unique viral sequences. "We are working on a number of strategies so we can take the construct into preclinical studies," Khalili says. "We want to eradicate every single copy of HIV-1 from the patient. That will cure AIDS. I think this technology is the way we can do it."

HIV Cure Aims to Force Virus Out of Their Hiding

Scientists said at the world AIDS conference Tuesday that they had forced the virus out of a hiding place where it had lurked after being suppressed by drugs.
Advertisement
<< Oceans Vital in Sustaining Alien Life: Study
Parenting Skills Tied to Reduced Inflammation in Children o... >>

Blood - Sugar Chart The Essence of Yoga Blood Donation - Recipients A-Z Drug Brands in India Turmeric Powder - Health Benefits, Uses & Side Effects Diaphragmatic Hernia Iron Intake Calculator Selfie Addiction Calculator Accident and Trauma Care Drug Side Effects Calculator
This site uses cookies to deliver our services. By using our site, you acknowledge that you have read and understand our Cookie Policy, Privacy Policy, and our Terms of Use