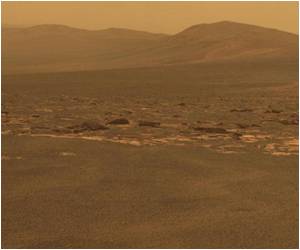 American physicist Kip Thorne and astronomer Anna Zytkow first proposed a new class of hybrid stars back in 1975 and researchers revealed that they have finally discovered the first of the "theoretical" class of stars.

Thorne-Zytkow objects (TZOs) are hybrids of red supergiant and neutron stars that superficially resemble normal red supergiants, such as Betelguese in the constellation Orion.

They differ, however, in their distinct chemical signatures that result from unique activity in their stellar interiors.


TZOs are thought to be formed by the interaction of two massive stars-a red supergiant and a neutron star formed during a supernova explosion-in a close binary system. While the exact mechanism is uncertain, the most commonly held theory suggests that, during the evolutionary interaction of the two stars, the much more massive red supergiant essentially swallows the neutron star, which spirals into the core of the red supergiant.
Advertisement
While normal red supergiants derive their energy from nuclear fusion in their cores, TZOs are powered by the unusual activity of the absorbed neutron stars in their cores. The discovery of this TZO thus provides evidence of a model of stellar interiors previously undetected by astronomers.

Project leader Emily Levesque of the University of Colorado Boulder, who earlier this year was awarded the American Astronomical Society's Annie Jump Cannon Award, said studying these objects is exciting because it represents a completely new model of how stellar interiors can work. In these interiors we also have a new way of producing heavy elements in our universe. You've heard that everything is made of 'star stuff'-inside these stars we might now have a new way to make some of it.

The study is set to be published in the Monthly Notices of the Royal Astronomical Society Letters.

Source: ANI
Advertisement
<< Energy Released by Individual Stars Influences Location of ...
Possession of Child Pornography to be Banned in Japan >>

Scientists Discover Supermassive Black Holes
An international team of researchers has discovered a pair of supermassive black holes in orbit ......