Report: Colonoscopy May Occur More Often Than Recommended By Medicare Beneficiaries While Benefits are Uncertain 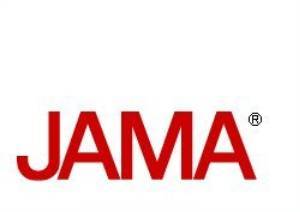 Among Medicare beneficiaries, a large portion of colonoscopies for screening purposes are performed more frequently than recommended intervals. But among older patients treated at Veterans Affairs facilities, warranted follow-up colonoscopies for patients with positive fecal blood tests often do not occur, or cause burden when they do. These findings are from two reports posted online today that will appear in the August 8 print issue of Archives of Internal Medicine, one of the JAMA/Archives journals.

Colonoscopy, a screening test used for the detection of colorectal cancer, may be overused as a screening tool, the authors suggest as part of the Less Is More series in the journal, with potential negative consequences including adverse effects without sufficient benefit, unnecessary expense, and use of limited medical resources. At first screening, most patients have no signs of cancer and clinical guidelines recommend that the next screening colonoscopy not take place for another ten years. "Identifying and decreasing overuse of screening colonoscopy should free up resources to increase appropriate colonoscopy in inadequately screened populations," write the authors.

Now, A Colonoscopy That is Less Painful

Scientists develop a less painful way of conducting colonoscopy, regarded as the best way to screen for colon cancer.
Advertisement

James S. Goodwin, M.D., and colleagues from the University of Texas Medical Branch, Galveston, analyzed a national sample of 5 percent of persons enrolled in Medicare from 2000 through 2008. They identified patients at average risk for colon cancer who received an initial screening colonoscopy between 2001 and 2003. The researchers determined that 24,071 patients in the sample had a negative screening examination result and calculated the time before the procedure was repeated.


Of the group of 24,071, nearly one-fourth (23.5 percent) received a follow-up colonoscopy within seven years with no clear indication for the early repeated examination. Repeat screening rates were relatively high among older patients (45.6 percent in ages 75 to 79 years, and 32.9 percent in patients ages 80 years and older). Researchers also found that men, patients with more health conditions, those screened in high-volume colonoscopy settings, and those in certain geographic areas were more likely to be tested.

Surge in Users of Virtual Colonoscopy

Despite huge differences in the reimbursement of virtual colonoscopy, its use has gone up three times.
Advertisement
The authors recommend that closer attention be paid to colonoscopy screening rates so that this procedure is reserved for those who can really benefit from it. "Early repeated colonoscopies without clear indication compose a substantial proportion of the present endoscopist workload and also represents substantial Medicare expenditures," they state. "Given the increasing public interest in and ownership of cancer screening, public information campaigns that emphasize both the necessity for colorectal cancer screening as well as the dangers of overuse may prove beneficial in reducing overuse."

In another article, Christine E. Kistler, M.D., M.A.Sc. from the University of North Carolina at Chapel Hill, and colleagues, found that some patients who should receive colonoscopies did not receive the procedure, and some who did experienced a burden from screening. The authors studied 212 patients receiving care through Veterans Affairs facilities, and who were age 70 or older and had a positive result on a fecal occult blood test (FOBT). The study participants were followed-up for seven years to determine what other interventions occurred and what the outcomes for patients were.

More than half of the patients (118 of 212, or 56 percent) received a follow-up colonoscopy, which found 34 significant adenomas and six cases of cancer. Among this group, ten percent developed complications from the procedure or from cancer therapy. Of those (94 of 212, or 44 percent) who did not have a follow-up colonoscopy, three died of colorectal cancer within a five-year period and 43 died from other causes. The authors also estimated the relative benefits and burdens of the procedure against patients' life expectancies.

The findings point to the need to better determine which patients are good candidates for FOBT in the first place. "As with all screening tests, FOBT does not benefit most patients because most do not have cancer or significant adenomas," write the authors. Still, the proportion of those who had cancer or significant adenomas detected by the test and successfully treated (15.6 percent) "suggests that a significant minority received net benefit from current practices." Noting that those with the best life expectancies were the most likely to benefit from the test, the authors conclude, "Our study supports guidelines that recommend using life expectancy to guide colorectal cancer screening decisions in older adults and argues against one-size-fits-all interventions that simply aim to increase overall screening and follow-up rates."
Source: Eurekalert

The simple practice of letters and a telephone call to patients who are due for a colonoscopy significantly improves adherence to endoscopic follow-up recommendations, according to
Advertisement
<< Report Reveals Cost-Effectiveness of Strategies In Infant T...
For Low Vision Driving, Single Bioptic Telescope May Not Ob... >>

Study Suggests Hospital Use of Virtual Colonoscopy is on the Rise