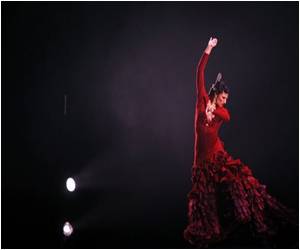 A radar-assisted hunt was launched by scientists in a Madrid convent on Monday for the remains of Spanish writer Miguel de Cervantes, author of "Don Quixote".

Two technicians in grey vests paced around a church altar in central Madrid's red-brick Convent of Trinitarians, sweeping with a ground-penetrating radar in search of the body of the greatest writer of the Spanish Golden Age.

Under the gaze of photographers and television reporters, the radar revealed images of what lies beneath the floor, the start of the first significant search for the remains of a writer who died in poverty on April 22, 1616, despite creating one of the landmarks of Western literature.


Cervantes is recorded as having been buried a day after his death in the church of the convent, which has expanded over the centuries.

The whereabouts of the writer's remains, however, have been forgotten.
Advertisement
"Why search for the remains of Miguel de Cervantes? Because he is a figure of worldwide importance. Because all humanity is in his debt. And because we have the opportunity and the technology capable of finding those remains, removing them from an anonymous grave and covering them with a memorial stone," said Fernando de Pardo, the historian in charge of the project.

"He has given us so much, we are going to try at least to do something by putting his name on a stone to differentiate it from a nameless tomb."

The electromagnetic waves reflected back to the radar machine can detect any disturbance in the ground, such as from a burial, De Pardo explained.

In the first phase of the project, the scientists will sweep the target area -- two rooms adjoining the church, the former cloister, which covers up to 220 square metres (720 square feet) -- over a period of three days, he said.

The results will be analysed over the following two to three weeks before a report is submitted to Madrid's city hall that will be used to decide whether or not to start archaeological excavations, the historian said.

At least two other people were buried in the same area as Cervantes and any bones that are found may have been mixed up.

Cervantes has no living descendants so researchers will rely on the author's specific physical characteristics as documented in portraits or his own stories to identify his remains.

Cervantes lost the use of his left hand to a gunshot wound received in the 1571 naval conflict, the Battle of Lepanto, in which the Holy League defeated the Ottoman fleet.

Forensic anthropologist Francisco Etxeberria, who participated in the autopsy that confirmed the suicide of the former Chilean president Salvador Allende, will be tasked with identifying any remains that are found.

He said ahead of the search that the radar could reveal a burial but not the identity of the corpse, which would be the challenge for archaeologists and forensic scientists.

If Cervantes's remains are identified there, it is planned that he remain buried in the church.

"He would not be moved from here," said Father Jorge Teulon, a priest with extensive experience on the search for the remains of religious figures in churches who is helping with the search for Cervantes.

"He will always remain here because he has been here for centuries, it would not make sense to move him," he added.

Born near Madrid in 1547, Cervantes has been dubbed the father of the modern novel for "The Ingenious Gentleman Don Quixote of La Mancha", published in two parts in 1605 and 1615.

The convent is still inhabited by nuns and has been designated part of Madrid's cultural heritage since 1921, complicating any effort to excavate in blind pursuit of Cervantes' remains.

After Six-years of Renovation, Spain's Archeological Museum is Now Open
To offer a state-of-the-art space for its collection of ancient artifacts, Spain's National ......

Spain's Wine Surplus Spills Across the World
In deepest Spain, in their fields of vines, the winemakers at the Jesus del Perdon cooperative ......