Record numbers are expected to run the 2015 London Marathon on Sunday as more than 38,000 registered for the race. When registration desks at the London Marathon Expo at ExCeL London closed on Saturday, a total of 38,262 accepted applicants for places had picked up their running numbers and timing tags.


The London Marathon's three inaugural champions, Dick Beardsley, Inge Simonsen and Joyce Smith, will set the elite wheelchair racers on their way from Black heath, to be followed by nearly 100 of the world's top Para- athletes competing for their countries in the other six events of the IPC Athletics Marathon World Championships.


The best women marathon runners in the world will set off in pursuit of one of the most prestigious big city titles, while an elite men's field packed with champions and record- breakers will begin the 42.195-kilometer journey from south east London to Westminster.

Among those competing for the prized London Marathon titles will be 20 London 2012 Olympics and Paralympics athletics medalists, including four London 2012 marathon champions, and many of the quickest marathon runners ever to complete the grueling classic distance.

Among the masses will be Paula Radcliffe, the three-time winner and women's world record holder, who bids farewell to her career as a professional athlete with one last race on the streets where she made her name more than a decade ago.

Reigning champions Wilson Kipsang and Edna Kiplagat will be among the favorites as they defend their London Marathon crowns against two of the toughest fields in history.

Chief among those challenging Kipsang as he bids for a London hat-trick will be fellow Kenyan Dennis Kimetto, who makes his London debut seven months after taking the world record below the 2:03 barrier. 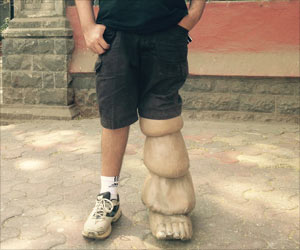 Awareness of Lymphatic Filariasis by one of the runners in Mumbai Marathon
One of the 40,000 participants in the Mumbai marathon created a vibe among the crowds as he was with a prosthetic inflated foot.
READ MORE 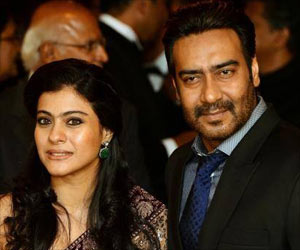 Kajol, Ajay and Tanisha Marathon Together: Run for Breast Cancer
Kajol and her family were entirely present at the recent Marathon in support of cancer patients.
READ MORE

Researchers Demonstrate Ability to Monitor Heart Condition of Marathon Runners in Real Time
Researchers have demonstrated the ability to accurately monitor the condition of an athlete's heart all throughout a marathon race in real time.
READ MORE