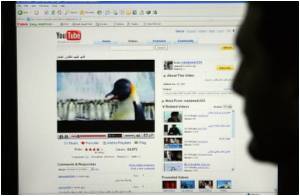 A new study has revealed that older people love to read negative stories about young adults rather than positive ones.

Older people, have greater certainty regarding their identity. However, living in a youth-centered culture, they may appreciate a boost in self-esteem. That's why they prefer the negative stories about younger people, who are seen as having a higher status in our society.

Knobloch-Westerwick conducted the study with Matthias Hastall of Zeppelin University Friedrichshafen in Germany.


The study included 98 older adults (50 to 65 years old). All came to a computer laboratory, where they were told they were testing an online magazine that was not yet available to the public.

Their results appear in the September 2010 issue of the Journal of Communication.

Community Program Reduces Fall Rate Among Senior Citizens
A community program on falls prevention service has helped in reducing the rate of falls among ......

Senior Citizens Find Finance Management Difficult
Older people find it hard to make financial decisions, owing to "noise" in an area of the ....