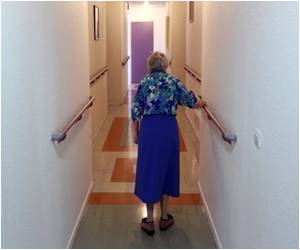 In England, more than a third of adults now have pre-diabetes, the findings suggest, with those who are disadvantaged and of black and minority ethnicity disproportionately affected.

If nothing is done to halt this trend, the country faces a steep rise in the prevalence of diabetes, as up to one in 10 of those with pre-diabetes will progress to diabetes every year, warn the authors.

Risk of prediabetes increases by 26% in people with a family history of diabetes reveals a study involving more than 8,000 participants.
Advertisement

They base their findings on an analysis of data collected for the representative Health Survey for England for the years 2003, 2006, 2009 and 2011 and those participants who had provided a blood sample. In all, the data covered more than 20, 000 people.

Researchers have found that managing to lose at least 10 percent of their body weight within six months of being diagnosed with prediabetes could help people reduce their risk.
Advertisement
Analysis of the data showed that the prevalence of diagnosed diabetes rose from 3.55% in 2003 to 5.59% in 2011. But the rise in the prevalence of pre-diabetes was much greater. This rose from 11.6% to 35.3% between 2003 and 2011. Older age, overweight, obesity, high blood pressure and high cholesterol were all associated with pre-diabetes risk.

By 2011, half the survey participants (50.6%) who were overweight with a BMI of more than 25, and aged at least 40, had pre-diabetes. There was no gender difference in rates.

Those living in some of the most deprived areas of the country were more likely to have pre-diabetes in 2003 and 2006, but this association was no longer significant by 2009 and 2011.

But after taking account of age, sex, ethnicity, BMI and high blood pressure, people who lived in the second most economically deprived areas of the country were 45% more likely to have diabetes by 2011.

Although diabetes is associated with more complications than its precursor condition, people with pre-diabetes are still at risk of vascular, kidney, and eye problems, the authors point out.

They admit that the data don't reveal whether any of the survey participants had been screened or treated for their condition, and while this does not alter the prevalence figures, it could affect the policy implications, they say.

Nevertheless, they describe the rise in the proportion of adults who meet the criteria for pre-diabetes as "extremely rapid," and conclude: "In the absence of concerted and effective efforts to reduce risk, the number of people with diabetes is likely to rise steeply in coming years."

According to a study to be presented at the ATS 2013 International Conference in Philadelphia, optimal treatment of sleep apnea in patients with prediabetes improves blood sugar (glucose) levels and thus can reduce cardiometabolic risk.
Advertisement
<< Cancer Risk from Heart Imaging Tests is Low for Most Young ...
Resistance to Lung Cancer Targeted Therapy can be Reversed >>

Acanthosis Nigricans (Skin Pigmentation Disorder)
News Archive
News Resource
Advertisement
News Category
Can Monoclonal Antibody Prevent Malaria? First Monkeypox Case in a Child Confirmed in Germany Nip Bedsores in the Bud With a Self-monitoring Mattress Dementia Risk and Heart Defects: Are They Related? How to Decipher a Baby's Cry of Pain?
More News
Sign up for Wellness Consult a Doctor Sign up for Selfcare