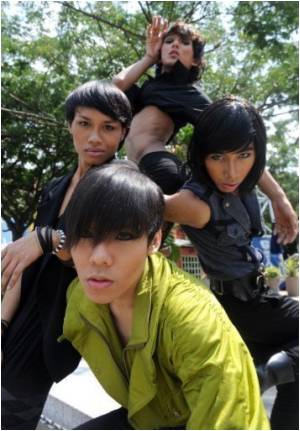 Although research has shown that teens with mental health disorders are more likely to engage in high risk sexual behaviors, like unprotected sex, a new study from the Bradley Hasbro Children's Research Center suggests there is an additional risk associated with certain psychiatric diagnoses.

According to researchers, teens who experience the manic phase of bipolar disorder - which is marked by dramatic mood swings from euphoria and elation to irritability - are more sexually active, have more sexual partners and are more likely to have a sexually transmitted infection (STI).

Researchers also found that teens with externalizing disorders (which includes attention deficit hyperactivity disorder, conduct disorders and angry, defiant or hostile behaviors like stealing) are more likely to be sexually active than their peers, putting them at higher risk for HIV and other STIs. This was true even for teens who also had a co-occurring internalizing disorder, such as anxiety, depression or post-traumatic stress disorder.


The findings were recently published in the Journal of Consulting and Clinical Psychology.

"Increased sexual risk taking may be linked to these disorders because they're often associated with impulsive or reckless behaviors, which could include multiple sexual partners or not using condoms regularly," said lead author Larry K. Brown, MD, of the Bradley Hasbro Children's Research Center. "Because of their increased vulnerability to HIV and other sexually transmitted infections, the sexual risk behavior of teens with these diagnoses should be carefully and routinely screened as part of their mental health treatment."

Attention Deficit/Hyperactivity Disorder (AD/HD, generally abbreviated as ADHD) is considered a "neurobehavioral developmental disorder". To know what this definition means and what the causes, symptoms and treatment for ADD are; give our ADHD quiz your best shot.

Approximately one in four teens in the United States will contract a sexually transmitted disease, according to the Centers for Disease Control and Prevention. In addition, adolescents with mental health disorders or a history of psychiatric hospitalizations have intercourse at an earlier age, have more unintended pregnancies and have more sexual partners than their peers.

The study included 840 teens and their parents from Providence, Atlanta and Chicago participating in Project STYLE (Strengthening Today's Youth Life Experience) - the first multi-site HIV prevention program designed specifically for parents and youths with significant mental health disorders. All participants completed computer-assisted surveys to gather information about psychiatric symptoms and sexual risk behaviors. Teens also completed urine screens to determine the presence of an STI. More than half of all participants were both female and African-American. The average age was 15.

The study revealed that while teens with an externalizing disorder - even if they have a co-occurring internalizing disorder - do tend to engage in risky sexual behavior, adolescents with mania are at an even higher risk for HIV and STI. These teens had significantly more sexual partners and were four times as likely to have an STI compared to the other groups.

"This is interesting because there's very little information on adolescents with mania," said Brown, who is also a professor of psychiatry and human behavior at The Warren Alpert Medical School of Brown University. "We know that adults with mania are more likely to engage in risky sexual behavior, but we haven't had data like this before for teens."

Agoraphobia is an anxiety disorder characterised by the patient avoiding spaces, crowds, or ...

Did you know there is a psychiatry condition due to Book Madness called bibliomania. Know more about its ...

Do you worry too much about defects in your body? Then you must definitely check if the symptoms resemble ...

What is Postpartum Psychosis? Find the facts of Puerperal (postpartum) psychosis including symptoms, causes, ...

Trichobezoars are undigested masses of hair mixed with food particles in the abdomen hairball and it is ...
This site uses cookies to deliver our services.By using our site, you acknowledge that you have read and understand our Cookie Policy, Privacy Policy, and our Terms of Use  Ok, Got it. Close
X