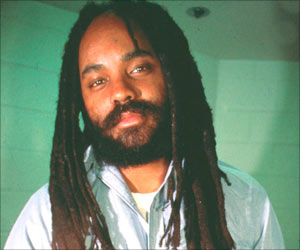 Family members, lawyers and supporters of convicted murderer Mumia Abu-Jamal said that he has been moved out of prison and admitted at a hospital in Schuylkill County to be treated for diabetes complications.

Abu-Jamal, (60), is a former Black Panther serving life in prison for the murder of a Philadelphia police officer Daniel Faulkner in 1981. Abu-Jamal was on death row for years but had his sentence changed to a life sentence in 2011.

Abu-Jamal's blood sugar was very high when he was rushed to Schuylkill Medical Center in Pottsville on March 31, and he could have slipped into diabetic coma.


Lawyers of Abu-Jamal claimed that state prison officials failed to provide Abu-Jamal with proper medical care, saying he had no idea he was diabetic until he was taken to the hospital.

Diabetes Insipidus
Diabetes insipidus (DI) is a rare condition where the kidneys cannot retain the appropriate ......