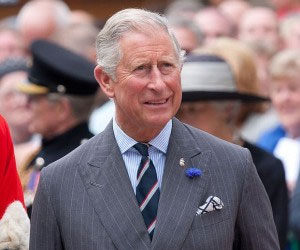 British Prince Charles has suggested that an annual "utility bill" be paid to developing nations to protect rainforests.

In a speech in Indonesia, the Prince said the services provided by the rainforests such as storing carbon and generating rain water should be paid for.

He proposed the rich world could pay annual "bills" to stop destruction of the rainforest and eventually create a market for "rainforest bonds" to generate money for the cause.


The idea is one of many options being considered by the international community to provide some way of paying to protect the rainforests.

A review commissioned by Gordon Brown recently advised that poorer nations should be paid not to cut down trees and the issue will be top of the agenda at forthcoming talks to replace the Kyoto Protocol.
Advertisement
But environmental organisations are concerned that the system could fuel corruption in rainforest nations and discourage developed nations to reduce pollution by providing an alternative way to cut carbon.

Prince Charles proposed the developed world should start to pay for "eco-services" from the rainforests during a speech to the Indonesian President, Dr Susilo Bambang Yudhoyono, in Jakarta.

Describing the form the annual billing could take, he said: "These emergency funds could be provided directly by developed world Governments, perhaps from expanded development aid budgets, from surcharges on activities which cause climate change or from the auction of carbon market emission allowances.

"However, I hope that even in the short term the large part of the required funding could be provided by the private sector by subscribing to long-term bonds issued by an international agency.

"The issuing entity would pay the proceeds from the bonds to the rainforest nations. They in turn would use the money to reorientate their economies to halt or refrain from deforestation."

However Simon Counsell of the Rainforest Foundation said plans to pay developing nations to protect rainforests could fuel existing corruption in developing countries and give developed countries an excuse to carry on polluting because they are able to buy carbon offsets from poorer nations.

"Yes, we want to protect the rainforests but not at the expense of reducing pollution... or fuelling corruption," he said.

Developing Countries to Be Compensated to Protect Their Rain Forests
Developed economies Friday agreed at Bali to compensate developing countries to protecting their ......

Restoring Rainforests is a Realistic Possibility
A new research has determined that it may be possible to restore a tropical rainforest ecosystem. ....