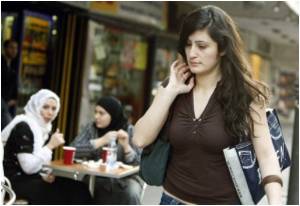 In men, premature ejaculation is one of the most common sexual disorders.

But it is not just the men who suffer; it also causes increased psychological strain and stress in women, as a new survey conducted by Andrea Burri, a clinical psychologist at the University of Zurich, reveals. Around 40 percent of over 1,500 women polled from Mexico, Italy and South Korea indicated that ejaculation control is very important for satisfactory intercourse. It is not the short duration of the act of lovemaking that is primarily regarded as the main source of sexual frustration by the majority of women, but the fact that the man is focused too strongly on delaying ejaculation. As a result, he ignores the sexual needs of the woman and is unable to satisfy her individual desires.


Women who rarely climax suffer more For the majority of the women polled, satisfying sexuality does not only consist of sexual intercourse, but also includes kissing, caressing and other forms of sexual stimulation, which are considered equally important. If the man is primarily preoccupied with his problem, premature ejaculation and thus his performance, these needs are ignored. Sexual intercourse is increasingly determined by time and not "how we like it and what is good for us". "In the long run, the woman becomes distressed and frustrated. Much like the man, she avoids sexual contact for fear of rejection and the resulting trauma for her own sexuality," explains sex researcher Andrea Burri. The woman thus suffers a loss in quality of life and ultimately calls the relationship into question.


It is mainly women who do not perceive intercourse as the central aspect of sexuality, but prioritize sexual creativity that suffer from the man's one-sided attention. "Interestingly, lengthy coitus is primarily important for women who do not have any trouble climaxing," says Burri. For women who rarely reach orgasm - if at all - how long coitus lasts is not central. Instead, the sexual act serves to establish and experience intimacy and commitment. Although premature ejaculation is also regarded as exasperating by women, the short duration is deemed less problematic than the partner's inattentiveness towards their other sexual needs.

The survey reveals that an essentially harmonious relationship often ends in a split due to the woman's psychological strain and bottled-up frustration. The majority of the women indicated having been considerably more satisfied in previous relationships with partners who did not suffer from a sexual problem. This was primarily linked to the fact that too much importance is attached to the problem of premature ejaculation in the current relationship. Moreover, a quarter of the respondents had already experience a breakup in the past because of this sexual problem. "After all, the consequences are often more far-reaching than simple sexual dissatisfaction as, in extreme cases, it poses a threat to the desire to have children if the man already ejaculates prior to actual intercourse," Burri concludes.

Source: Eurekalert
<< Scots Kids Among the Least Active in the World
Cognitive Test can Differentiate Between Alzheimer's Diseas... >>

Better Diagnosis and Treatment Possible Via New Insights into Premature Ejaculation
The medical community and the general population harbor many misconceptions about premature ......

Behavior Therapy May Not Help To Treat Premature Ejaculation
A new study has indicated that more evidence was needed to support premature ejaculation by ......

Premature Ejaculation Pill Sold Out in 30 Days After Launch in Singapore
American drug manufacturer Janssen revealed that its premature ejaculation pill, Priligy, has been ....

Premature Ejaculation Can Be Treated With Heat Therapy
Here's some good news for men who suffer from premature ejaculation - there's a new treatment on ......