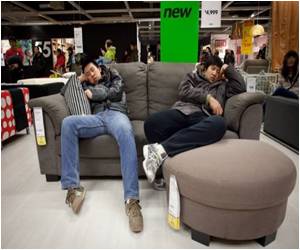 Researchers have revealed how power napping comes in handy for hibernating mammals' offsprings who are born late and have less time to accumulate enough energy reserves to last until spring.

According to the scientists from the Research Institute of Wildlife Ecology at the Vetmeduni Vienna, during hibernation, dormice enter into 'torpor' to save energy and water. In this state, the dormice become inactive and show a marked decrease in their metabolic rate, causing their body temperature to reduce.

Energy Reserves From A Power Nap

Pre-winter months for hibernating animals are the time to accumulate enough energy reserves that can last until spring.
Advertisement

Torpor was then found to be a strategy used when food availability was limited. The researchers compared two groups of juveniles born late in the season - one able to feed freely and the other intermittently fasted on alternate days. The fasted dormice showed considerably greater use of torpor, enabling them to maintain high growth rates and accumulate sufficient fat reserves. Sylvain Giroud, who led the study, said that the longer an animal stays in torpor, the more energy it saved.


Torpor use was measured using temperature loggers placed in the nests of the animals, which detected the sharp drop in body temperature occurring during torpor.

Daydreamer desk is a solution to the problems many tired workers face and who long for that precious power nap which can help them leap into many productive hours.
Advertisement
Torpor and hibernation were also associated with slowing ageing processes and increase of longevity. In their study, the researchers also provided the first evidence for a functional link between time spent at high body temperature (euthermic) and ageing processes over winter.

The researchers concluded that their data indicated that the main effects of hibernation on ageing processes were linked to euthermic episodes which were associated with the shortening of telomeres, an indicator of ageing.

The results are published in the Journal Proceedings of the Royal Society B.

Implementation of protected sleep periods in hospitals represent a viable tool in preventing tiredness among the doctors in training.
Advertisement
Advertisement

Power naps may not be a substitute for regular restorative sleep, but they can help you recharge during the ...
This site uses cookies to deliver our services.By using our site, you acknowledge that you have read and understand our Cookie Policy, Privacy Policy, and our Terms of Use  Ok, Got it. Close
×