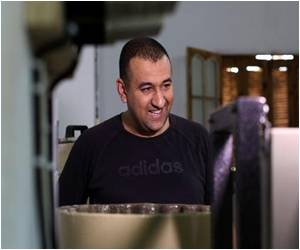 Joana Miranda is barely able to scrape a living working as a nurse where she earns five euros ($7) an hour picking up odd jobs in retirement homes in Lisbon.

Now she is joining the growing queue of educated young Portuguese -- equivalent to one every five minutes -- who are leaving in search of a brighter future in another country.

Developed nations are costing African nations billions of dollars in a 'brain drain' as trained doctors migrate to work for higher salaries.
Advertisement

Like many of Portugal's nurses, Miranda is moving to Germany, where she has found a job at a specialist clinic in Munich that will pay four times her current salary and even cover the cost of language lessons.

A growing number of Indian doctors are returning back to India thanks to growing standard of healthcare and living conditions in the country.
Advertisement
Emigration from Portugal is accelerating despite hopes for a turnaround in its economy, which emerged from years of painful recession in 2013.

Lisbon formally exited a three-year international bailout programme in May, but is still struggling with the impact of stringent austerity measures brought in to cut its huge debt pile.

The last time Portugal saw an exodus on this scale was in the 1960s, when the country's youth fled in droves from poverty and the dictatorship of Antonio De Oliveira Salazar.

But this time the queues at the airports are filled with skilled workers such as nurses, doctors, teachers and engineers.

"This exodus is worrying because it shows there is a complete lack of confidence in the future of the country," Maria Manuela Aguiar, a former minister for emigration, told AFP.

"I do not see any improvement. In fact, I suspect this haemorrhage of people will continue in 2014 and 2015."

Portugal's economy is slowly starting to pick up momentum after it emerged in mid-2013 from two-and-a-half years of recession sparked by the global financial crisis.

But unemployment remains stubbornly high, particularly among the young. Some 37.5 percent of under 25s are unable to find a job -- more than double the national rate.

Already around six percent of the country's workforce has left in search of jobs, of which a fifth are estimated to be the skilled workers Portugal so desperately needs.

"Compared to the 60s, Portugal is facing something of a brain drain," said Joao Thixotrope, a sociology professor at the University of Lisbon.

"It is worrying, we are losing the very people we need to help kick-start the economy," he said, adding that Portugal needs to work on encouraging graduates to "come home as soon as possible".

Portugal's health system has come under particular strain from the effect of funding cuts implemented as part of its 78-billion-euro ($106 billion) international aid programme.

Of the 3,500 nurses who qualify in the country each year, about a third will emigrate, according to their professional body. Many go to Germany, but a large number also go to Britain.

"They are always asking for more, the pressure has become too much," said Dina Lopes, a 31-year-old nurse who works 55 hours a week juggling two jobs and is among those hoping to leave.

Although the language can be a barrier, Germany has welcomed 12,000 migrants from Portugal since 2011.

Miranda is among a dozen people taking an intensive language course at the Goethe Institute in Lisbon, where student numbers have shot up since the start of the crisis.

All of those in the class already have a work contract with a specialist cardiology clinic in Munich, where they will start work on July 15.

"I am going there to stay," said Maria Chaves, 29, whose husband has already left his job in the military to follow her. "Germany is a great country."