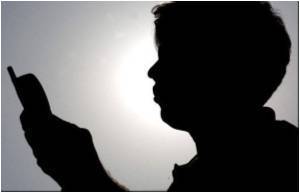 Ringtones as loud as a pneumatic drill or a speeding train is catching up with the elderly.

The Geemarc Clearsound CL8200,which has a top volume of 1,000 decibels, has been designed for the millions of elderly people who find modern mobile phones far too complex as well as far too quiet.


It is understood to be the loudest mobile phone on the market.


The phone, which has been manufactured by the British Company in Hertfordshire, has been on sale for a few months at specialist websites including the Royal National Institute for Deaf People, which says it has sold thousands.

Hearingdirect.com, which sells discounted hearing aids and other accessories, said that it had seen twice as many visitors to its site since the phone was launched.

"We have found a lot of our customers who are hard of hearing were fed up with the amount of unnecessary technology on other mobile phones and wanted a simple phone they could hear ringing, make calls and receive texts. They were tired of missing calls because they could not hear the ring and fiddling with small buttons. We think it's going to be a big seller," the Telegraph quoted Jamie Murray Wells, the chairman of HearingDirect.com, as saying.

As well as the ultra-loud ringtone, the phone also has a loud receiving tone, allowing listeners to hear their caller louder than normal.

This volume is 25 decibels as compared to a standard 8 to 10 decibel standard volume.

A spokesman for Geemarc, which is based in Hertfordshire, said: "There is a real need for a phone that doesn't look like a disability phone, but which is really simple to use. There are a lot of elderly people frustrated at iPhones, and smart phones which can practically boil a kettle but are very difficult to use if you are hard of hearing or short sighted."

The mobile phone costs 89.99 pounds, and comes with a pay-as-you-go SIM card, with 5 pounds worth of credit. It is also compatible with any other SIM card.

Therapeutic Mobile Ringtones to Cure Illnesses in Japan
"Therapeutic ringtones" are a genre of melodies that promise to ease a range of day-to-day gripes, from chronic insomnia to a rotten hangover.
READ MORE

Mobile Phone Ringtones Can Affect Recall
Just the ring of a cell phone can bea dangerous distraction for drivers, especially when it comes in a classroom setting or includes a familiar song as a ringtone, says a new study.
READ MORE

Study: Our Brains Store Templates for Our Own Ringtones
A new study indicates that the human brain is wired to hear familiar sounds, such as a person's name or phone tone, faster than others.
READ MORE