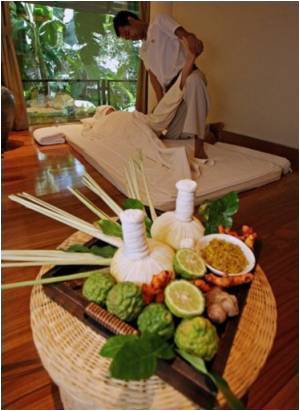 Pies, hot dogs and gourmet airport food will be the flavour of the year 2011.

Every Day with Rachael Ray magazine picked up the top trends for the upcoming year and the list has a New York flavour as most of the staff live in the five boroughs.

"We are always eating out, cooking at home or checking out what other people are putting in their mouths," the New York Daily News quoted Liz Vaccariello, the magazine's editor-in-chief, as saying.


She picked out three of her magazine's top food trends for 2011 that can already be seen in New York.

As the TSA ramps up efforts to pat down every inch of passengers' bodies, airports are doing their best to provide epicurean dining options to harried travellers.

Researchers worldwide have discovered that eating fish regularly is good for health. Regular consumption of fish may reduce the risk of diseases such as asthma, prostate cancer and eyesight.
Advertisement
"Food is comforting, and with all the hassles of flying these days, that is more important than ever," Vaccariello explained.

"Also, airport dining is one last opportunity to get a taste of the town. The local chefs are finding out that this is their chance to leave either the first taste or last taste in New York City.

"The best chefs in the city are recognizing that people who travel tend to be people who care about food.

"Another part of the issue is that the food on planes is so bad and you have to pay for it now. So people want to eat before they get on the plane and they want to eat well," she said.

If there is one thing that Vaccariello insists, it's that 2011 will be the year of the pie.

"Pies are really coming back into style," she said, pointing out that even President Obama loves eating pie.

"We are seeing pies have their day in the sun because they are the ultimate comfort food. There is something so familiar about pie. In many ways, it can be a one-dish meal.

"Not only are restaurants serving pies on their regular menus, but you are seeing pie-specific places pop up," she revealed.

"There's something so iconic about a hot dog from a cart in New York City, but that's not what we are talking about here," Vaccariello said.

"We are talking about fancy hot dogs with fancy toppings. We've already done this with pizza and burgers; 2011 is hot dog's year to shine.

"They have a pickle dog with mayo and mustard and the salty taste mixed with the hot dog just puts you in heaven.

"It's really what we put on top of the hot dog that's starting to matter. You can really get creative with the flavours and textures," she added.

If you are allergic to certain food items-Watch out for what you eat
Advertisement
<< Evidence-Based Guidelines for Osteoarthritis Not Being Foll...
Smoking Habit Being Slowly Curbed in Europe >>