Perception of Marijuana Being Safe Drug Not Backed by Scientists 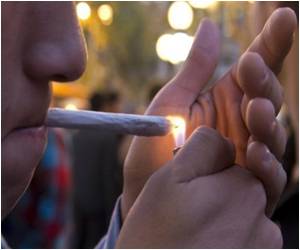 The nature of the teenage brain puts users of cannabis, amongst this population, at risk of developing addictive behaviours and suffering other long-term negative effects, claims researchers.

Professor Didier Jutras-Aswad of the University of Montreal and Yasmin Hurd, MD, PhD, of Mount Sinai, said that of the illicit drugs, cannabis is most used by teenagers since it is perceived by many to be of little harm and this perception has led to a growing number of states approving its legalization and increased accessibility.

The researchers reviewed over 120 studies that looked at different aspects of the relationship between cannabis and the adolescent brain, including the biology of the brain, chemical reaction that occurs in the brain when the drug is used, the influence of genetics and environmental factors, in addition to studies into the "gateway drug" phenomenon.


Dr Jutras-Aswad said that data from epidemiological studies have repeatedly shown an association between cannabis use and subsequent addiction to heavy drugs and psychosis (i.e. schizophrenia).
Advertisement
The researchers noted that rat models enable scientists to explore and directly observe the same chemical reactions that happen in human brains. Cannabis interacts with our brain through chemical receptors (namely cannabinoid receptors such as CB1 and CB2.)

These receptors are situated in the areas of our brain that govern our learning and management of rewards, motivated behavior, decision-making, habit formation and motor function. As the structure of the brain changes rapidly during adolescence (before settling in adulthood), scientists believe that the cannabis consumption at this time greatly influences the way these parts of the user's personality develop.

In adolescent rat models, scientists have been able to observe differences in the chemical pathways that govern addiction and vulnerability - a receptor in the brain known as the dopamine D2 receptor is well known to be less present in cases of substance abuse.

Only a minority (approximately one in four) of teenage users of cannabis will develop an abusive or dependant relationship with the drug.

The study will be published in Neuropharmacology.

Process of Development of Drugs for Addiction can be Improved by New Findings
Findings that could enable the development of more effective drugs for addiction with fewer side ......

Free Supply of Nicotine Patches can Increase Number of Patients Who Quit Smoking Before Surgery
A new study suggests that introducing patients to a simple four-part program can help increase the ....

Your Facebook Addiction can be Detected by a Part of Your Brain
A new study revealed how an individual's intensity of Facebook use can be detected by an activity .....