by Himabindu Venkatakrishnan on  January 28, 2015 at 9:25 AM General Health News

Research biobanks are increasing in number and importance, with great potential for advancing knowledge of human health, disease, and treatment. Recruitment of donors is vital to their success and relies largely on blanket consent, in which donors give one-time permission for any future research uses of their coded specimen. Previous studies suggest that donors may have moral, religious, and cultural concerns about the use to which their specimens are put, which may affect their willingness to give blanket consent. These earlier studies, however, surveyed groups that were not representative of the U.S. population, according to background information in the article.


Tom Tomlinson, Ph.D., of Michigan State University, East Lansing, and colleagues used the GfK KnowledgePanel (a probability-based online panel of adults, designed to represent the U.S. population) to field a survey examining associations between moral concerns and the willingness to donate to a biobank. Respondents read an introductory description of a fictional biobank and then used a 6-point scale-from strongly agree to strongly disagree-to indicate their willingness to donate, first using blanket consent and then "even if" their samples might be used in each of 7 potential research scenarios presenting moral concerns. The researchers then gave respondents short descriptions of the benefits and consequences of 5 methods of gaining consent and asked them to indicate which were the acceptable, best, and worst options.


The final analysis included 1,599 of 2,654 participants. Respondents were older (51 years vs 45 years for nonrespondents), were more commonly white, and had higher levels of education and household income. Using blanket consent, 68 percent were willing to donate. In all but 1 scenario, moral concerns were associated with a significant reduction in willingness to donate.

When asked about different approaches to gaining consent, 43.6 percent of respondents found the blanket consent method to be unacceptable. Specific consent, in which donors are asked to consent to each study using their specimen, was considered the worst option by 45.0 percent. These findings suggest "that an adequate approach for dealing with donors' moral concerns may lie between these 2 extremes," the authors write.

"As recruitment of donors becomes more widespread, such concerns [as raised in this study] may need to be addressed to moderate possible effects on donation rates."
(doi:10.1001/jama.2014.16363; Available pre-embargo to the media at http://media.jamanetwork.com)

Editor's Note: The work was supported by a grant from the National Human Genome Research Institute. The authors have completed and submitted the ICMJE Form for Disclosure of Potential Conflicts of Interest and none were reported. 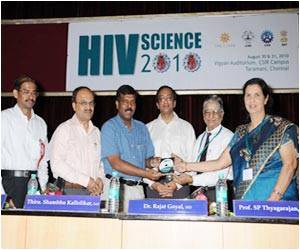