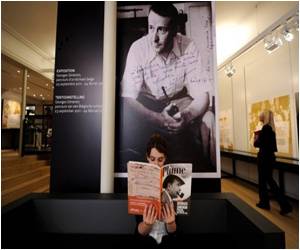 The poll, which was conducted on 2,000 people, found that over 50 percent of the respondents displayed unfinished books on their shelves, the Guardian reported.


Also, the top 10 books people claim to read but haven't are: